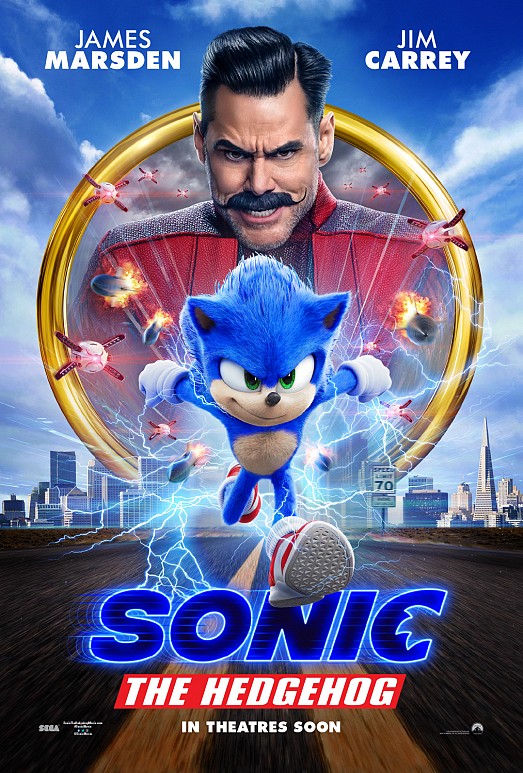 Total recyclage but it's really entertaining - 5/10

I grew up playing the Sonic Video Games, they were so fun and awesome and seeing Sonic brought to the big screen was very exciting so I went to the cinema and watched it - I'm a sucker for nostalgia.

To clear this out, it has absolutely no cinematic value whatsoever. It's simple and unoriginal, even the message it kinda sends isn't there.

In general, it is very fun. It's really engaging and entertaining. The script was a recyclage of many things we've seen before. It doesn't take risks and feels like a complete deja-vue. The dialogue between Sonic and Tom was really fun. There are so many dad jokes (like a LOT) in this film and most of the other jokes were good. The film's plot isn't complex and it is very easy to follow. The film packs a lot in the first 20 minutes or so and the way the plot is kickstarted isn't very well-written.

The cast was great, I loved Ben Schwartz as Sonic and James Marsden as Tom, they had great chemistry. Jim Carey as Dr. Robotnic was bad, in my opinion. Many people were praising Jim's performance: he was just all out full Jim Carey energy, he was never 'stable' in any of the scenes. I disliked that quite a lot, I found him irritating more than fun to watch.

The visual effects were neat and Sonic's redesign was really good. The cinematography was good too and there are some really amazing shots. I loved the score and the songs used in the film.

Director Jeff Fowler's directorial debut was full of cliché shots and humor set-up. There's even a "Quicksilver" scene like the ones from the X-Men movies. The whole film feels outdated if you set the advancement of CGI aside. Its structure, humor, and directing feel very late 90s, early 2000s. The film presents nothing new, we've seen almost everything before.

I have always wondered why they didn't consider making a film about Sonic in the video game world, because that formula of Sonic being "an alien who is helped by a human while the government is on their tale" has been excessively used. Yes, I roasted the film but it is fun, audiences who are less critical will definitely enjoy it. It's family friendly and adults will love it. It's light, funny, engaging and entertaining. Please, stay after the credits there's a totally awesome scene.

If they made a sequel, I'd totally watch it.