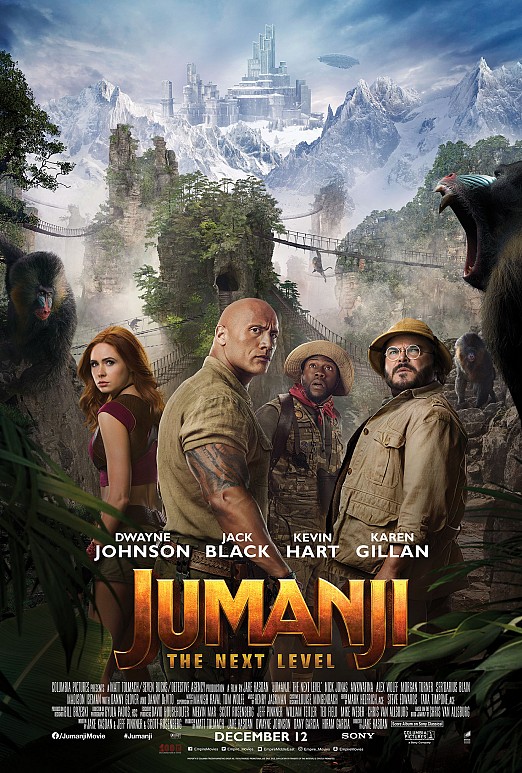 What the trailers promise and what you'd expect but ultimately brings nothing new or fresh - 5.5/10

I don't have much to say about this film.

+Danny Devito steals the show. The CGI, the visuals and lighting were great. The Score was alright. The performance were solid, especially Karen Gillan's but i found other actors imitating their co-stars mostly annoying. The action scenes were fun. There was an adequate focus on characters which is generally lacking in such films.

-The script was mediocre. The franchise should take a break. The film brings nothing new and it's the same of what we've seen before and doesn't take risks. The jokes weren't that funny yet you get an occasional good laugh. Some scenes were too long.

Overall the film is what the trailers advertise and it's fun, light and cliché... what can someone expect while watching such a film, right?