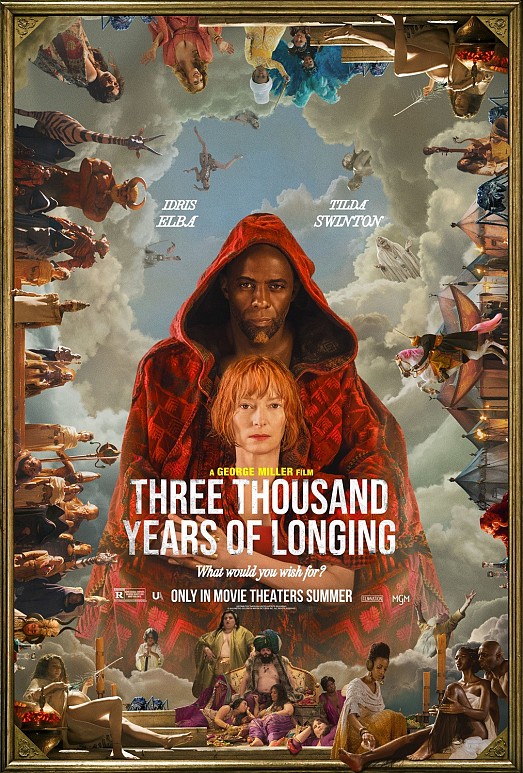 A beautiful homage to the art of storytelling - 7/10

George Miller’s creative team created a visually pleasing film that really brings you to your childhood with its visual and narrative magic while remaining mature and catered to adult audiences- it felt nice for once to be given, as an audience member, an experience akin to what you would experience as a child without being a nostalgic experience recycled from your childhood (looking at you MCU). Each story was visually thrilling with very thick lore and excellent characterization. George Miller and the editor really cut things properly and with little to no dialogue, these stories were gripping on all sides. The cinematography was really beautiful and really contributed to the feeling and portrayal of these stories.

The film stumbled in the third act and rushed the story which was off-putting since what came before was evenly paced. This hurt Alithea’s character development and part of her backstory felt not explained enough (or properly). It’s ironic for a film about the storytelling to fail at telling its A story - i wouldn’t write it off as a failure but it’s certainly lacking.

The performances were incredible. Tilda Swinton is always excellent. Idris Elba disappeared in the role and had a captivating presence. The supporting cast in the multiple stories did a great job.

The music was really nice. The sound design was good with nothing that felt off-putting. The visual effects has their ups and downs: some shots were great and some shots were too obviously badly composited, lit, and animated. But in the story parts , the CGI is allowed to be different for stylistic purposes and it was so, but in the parts set during our time, it looked bad in a few shots

Three Thousand Years of Longing was a pleasant surprise and a very enjoyable experience that went under the radar of many moviegoers. Hopefully it gets the recognition it deserves in the future.