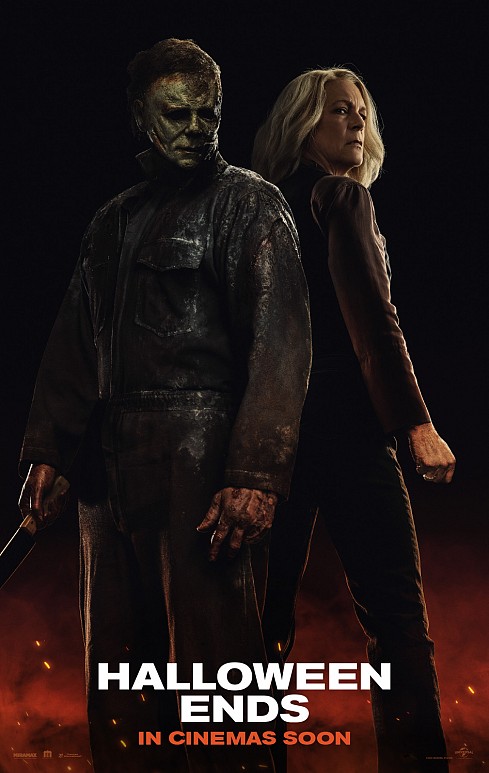 After 2021's messy and disappointing sequel to the 2018 sequel, I had 0 expectations going into Halloween Ends. I didn’t see any of the trailers and I just avoided knowing anything about it. I watched the film today and even low expectations couldn’t save it.

Where to start? It’s awful. I try to see the positive in films but Halloween Ends doesn’t have much. The central plot of the film was interesting and held a very good twist on the effects of Michael Myers (and fear and paranoia) on the city, but it was badly handled (trigger). It was a story better reserved for a spin-off: Correy and Allison’s plot worked but its integration with Michael and Laurie's plot was filled with horrible writing and plotting. Correy was a very good addition. The story focuses on Laurie and Allison moving on and living alone, and it was good. maybe the main reason the film failed is because it forgot it’s a halloween film and what it owes the audience - I appreciate the attempt to do something different, though. Michael Myers was poorly handled and totally ruined. The Shape is rendered here to almost a joke, impotent.
The film is a family drama and a romance film about trauma and healing and moving on, which worked (for the most part).

Jamie Lee Curtis brings her A game… sometimes - in some scenes she felt like she was just giving 0 effort. Andi Matchiak and Rohan Campbell had good chemistry and they could’ve had their own spin-off film (which would’ve had a lot of potential).

I enjoy the kills in slasher films and Ends had one or two cool kills (one funny, one too gruesome that they had to show it out of focus), but that's it really.

The film had absolutely no tension, no atmosphere, and bland filming. All the "scares" were fake jumpscares (sounds of people moving or popping into frame for no reason), and this is the only attempt to stage something scary or unsetteling - which is sad since they had Michael Myers himself and they just barely used him. The music felt rehashed most of the time and some sound design choices were questionable.

It’s sad to see this franchise "ruined" after the 2018 film which properly balanced tension, atmosphere, characters, mayhem, mystery, and honored the 1978 original. Halloween ends (ends) up being a flaccid third entry that has 0 effort to actually bring the franchise to a satisfying conclusion. I liked the actual end and how it was wrapped up but the build-up and the climax were just awful that made me sigh in disappointment by the time it was over.