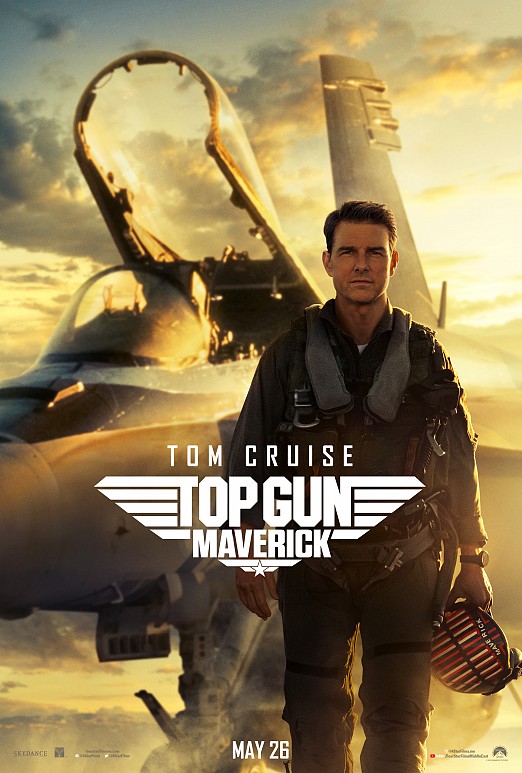 In a cinematic landscape filled with revivals, reboots, and spinoffs that feel like easy cash grabs instead of passionate works that honor the originals and progress the story, there are a few films that stand out and Top Gun: Maverick is undoubtedly one of them.

Top Gun Maverick follows the 1986 original’s story beat by beat in a new story and conditions. The film is structured like the original one and there are many similarities between the two but they are not lazy and half-cooked. Just like many other legacy sequels the plot of the original gets recycled and reused with a returning character training the new generation of heroes… and Top Gun Maverick does this, except well and with better intentions. One word sums up the film: honor. It honors everything the original stood for and carries it further into the story of this film while knowing it’s a blockbuster film and never forgetting the human element. The humanity and emotional resonance of Maverick were impressive and the entire film feels baked by Pete and Goose’s story as the stakes are elevated. This is Maverick’s story, not nostalgic product number 12 to launch the next franchise based on an 80s classic. Maverick’s guilt and mourning of Goose drives the story and it’s really emotional. Seeing Maverick interacting with other characters and reminiscing over the past, in addition to a heartfelt scene with Iceman… the film does an amazing job at honoring the old film while still maintaining and justifying its existence – I highly recommend watching the original before seeing Maverick. And this film never forgets enjoyment and uses every flight sequence to immerse you and entertain you. The dialogue scenes and character interactions are really good and added a lot to the narrative in contrary to other films – the characters here have actual personalities and complex relationships that give the story depth and make the world feel lived-in.

It’s a film that sticks to the basics of what makes stories good and resonant and excels at every single aspect. It’s a textbook example of a good story, well-represented through great technical work. The film is not revolutionary or ahead of its time or inventive, it goes back to the basics and perfects them... and in today's try-hard blockbuster atmosphere, this felt totally refreshing and great to watch.

Joseph Kosinski (Tron: Legacy, Oblivion) does a good job at directing the film. The flight sequences are absolutely thrilling to watch. The tension and the thrill and the energy they pack were a totally joyful experience. I have to complain about Kosinski’s over-coverage of many dialogue scenes which was annoying to watch – the many cuts of various camera angles and positions were excessive and did not add anything, and the editor didn’t make them less heavy. The cinematography was really good, especially in the flying scenes. There are many scenes that pay homage to the original in content and aesthetics (the opening scene being a shot-for-shot remake of the original’s but it could not match how orange it was – beautiful sunset orange. This one felt like the film's most direct nostalgic efforts).

The performances were all great. Tom Cruise and Jennifer Connolly had amazing chemistry. The other characters such as Phoenix, Bob, Rooster, Hangman, etc... all had unique personalities and the actors delivered really good performances.

The score was great. It did not totally give in to the original’s music and knew when and where to use it. The visual and special effects work was totally believable and rarely or never felt artificial - and that's due to how much is real and not computer-generated. Watching a blockbuster film with minimal CGI is a rare and unique experience that enhances the realism and the immersion. The flying scenes are beautiful to watch, such thrill and dynamism are a pure cinematic joy.

The film’s pacing is excellent and it moves at a very good rate. The runtime is not weighty and the whole film flows really well.

The film’s finale was really thrilling with incredible tension and very cool developments. Also, the sequel surpasses the original in justifying the third act. The original is great and all, but the finale feels slapped in, whereas Maverick justifies it as the culmination of the film: the narrative benefits from a ticking clock element that ups the stakes and creates dilemmas for the characters adding to the emotional stakes of the story, leading to a satisfying and excellent climax.

Overall, I really enjoyed Top Gun Maverick and I highly recommend it. It’s a feel-good summer blockbuster packed with energy, entertainment, and all you can ask from a film of its type.