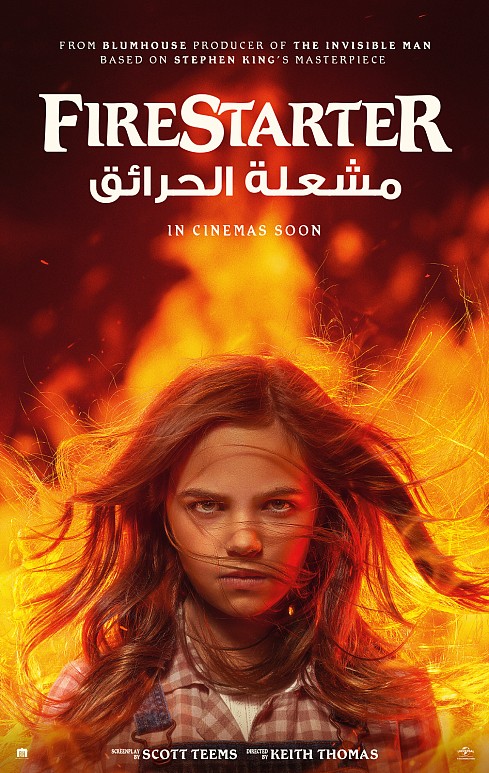 I wish Charlie burnt my eyes while watching Firestarter - 2.5/10

I’m a big Stephen King fan. I have read about 22 of his books, including Firestarter which I couldn’t finish. I tried reading it twice but the book never absorbed me. Now when the trailer for the 2022 adaptation was released, I got excited because it did look promising… then I watched the film and uh… it was BAD.

The cinematography was horrible: from framing, to coloring, to lens choices, to camera movement, all of these badly executed and handled elements stuck out like a sore thumb and made the film hard to watch. The editing was of no help because it was atrocious.

The actors were not even good, and some of them were laughably bad. The only stand-outs were Michael Greyeyes and Ryan Kiera Armstrong. Zac Efron tried his best but he couldn’t bring in anything to the role.

The script had major issues and one fundamental flaw: it did not know what it wanted from the story. It’s all over the place with bad exposition, vague scenes that are vague for the sake of being vague, bad dialogue, bad structure, and terrible commitment issues. Sometimes the film felt like a family drama, then it turned into Carrie, then into a father-daughter film, then into an action film that tried to be a nuclear explosion in epic-factor but ended up being a bonfire. The screenwriter needed to orient the script into one thing instead of being things it cannot be. The book was dealing with a lot of subplots and flashbacks and this film took a chronological structure that confused the story – I am trying not to be a book conservative, especially since I haven’t finished Firestarter, but from the 200-300 pages I read, the book dealt with the backstories and the characters in a better way than the film had, and the insistence on including everything, and sticking to a 90-minute runtime hurt the film by rushing the plot.

Now being a 90-minute film made me feel less bad about the time I wasted and made the film more tolerable to watch. But the worst Netflix series (or even CW ones) have better production value. I don’t like to be harsh on some films and I try to be considerate as much as I can, but I found no redeeming qualities in Firestarter – except a few moments that could’ve been expanded to create a better film. If they trimmed some unnecessary scenes and focused on the characters and their relationships, the film could’ve been saved.

Finally,  the music was bad; the Halloween composers were brought in to compose it and I doubt they wrote any music for Firestarter because the score felt like outtakes from the new Halloween films' soundtrack.

Overall, Firestarter was a huge letdown and a disappointment.