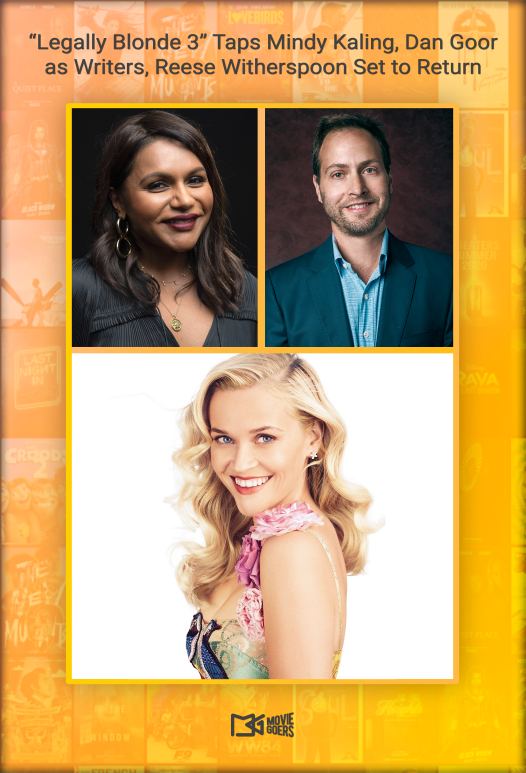 Mindy Kaling and Dan Goor have signed on to write the script for MGM's “Legally Blonde 3”.

The third installment of the comedy franchise will also see Reese Witherspoon reprising her role as Elle Woods, the sorority-girl-turned-lawyer. She will also produce through her Hello Sunshine production company. “Legally Blonde” producer Marc Platt will return, joined by his Platt Productions' president Adam Siegel and Lauren Neustadter, Hello Sunshine’s head of Film and Television.

“Legally Blonde” was a success for MGM in 2001, grossing $141.8 million worldwide. The film followed a perky sorority sister attempting to win back her ex-boyfriend by getting a law degree from Harvard University while remaining relentlessly upbeat and usually clad in pink.

MGM released the follow-up, “Legally Blonde 2: Red, White & Blonde”, which was set in Washington, D.C, in 2013. The sequel grossed $124.9 million at the worldwide box office.

This is the second feature film that Kaling and Goor will be partnering on following the Kaling and Priyanka Chopra’s upcoming wedding comedy that Universal won in an auction last year.

A date has not been set yet for the third installment.