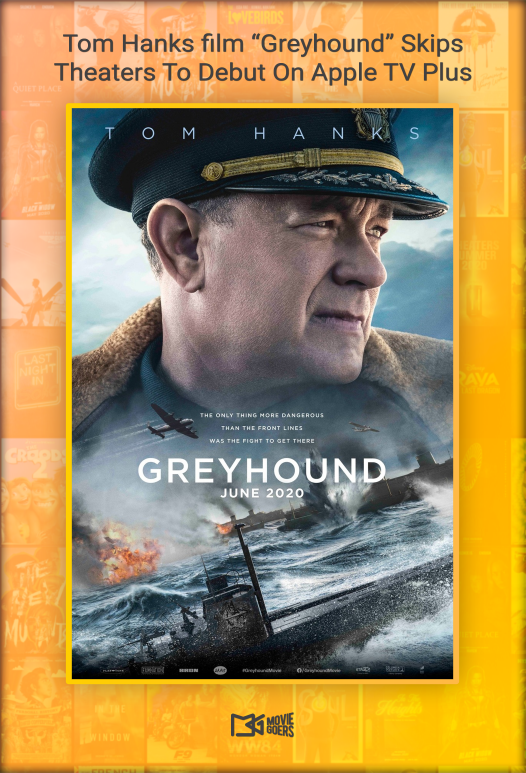 In a real shocker, Apple TV Plus has bought worldwide rights from Sony Pictures to the WWII naval drama “Greyhound” that Tom Hanks wrote and stars in, following a bidding war for the movie, which was previously set for a Father’s Day theatrical release.

Six-month-old Apple TV Plus announced the deal on Tuesday. The streaming service did not disclose when it will release “Greyhound.”

Sony had originally scheduled “Greyhound” to be theatrically released in the U.S. on June 12 but the release was delayed due to the COVID-19 pandemic.

“Greyhound” is based on C.S. Forester’s novel “The Good Shepherd” and features Tom Hanks playing the role of George Krause, a career officer finally given command of a Navy destroyer, Greyhound, during the Battle of the Atlantic, which took place in the earliest months of America’s alliance with England and the Free Forces. Along with the enemy, Krause fights his self-doubts and personal demons to prove he belongs.

“Greyhound” will mark the biggest movie release to date for Apple, whose features have included the Sundance film “Hala” and the period pic “The Banker”. Upcoming films for the service include Sofia Coppola's “On the Rocks” and the doc “Boys State”.

Stephen Graham, Rob Morgan and Elisabeth Shue co-star in the film along with Hanks. Aaron Schneider is directing from Hanks’ script, and Gary Goetzman producing.