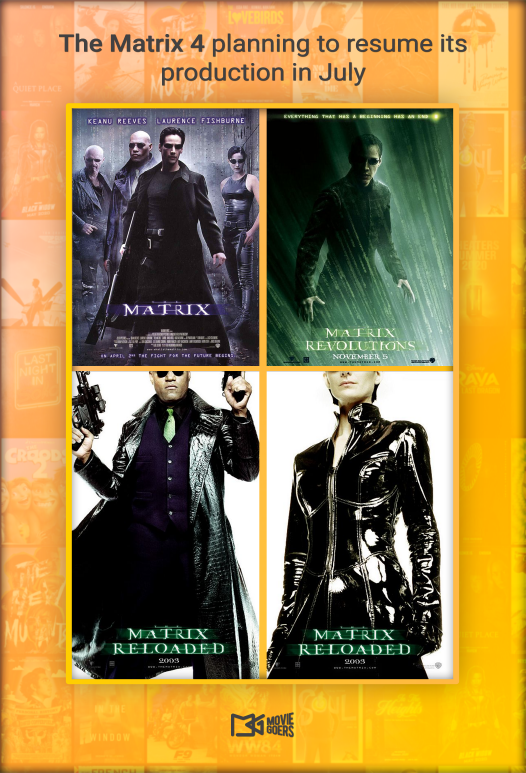 'The Matrix 4' planning to resume its production in July

Warner Bros./Village Roadshow’s The Matrix 4 is looking to return to production in Berlin, Germany in early July.
Production began back in February and the film set to hit theaters in 2021, was only four weeks into production before having to shutdown due to coronavirus concerns.
The cast has signed eight-week extensions to keep the actors on hold until July 6, Deadline has confirmed.
The Matrix 4 is an upcoming American science fiction action film and the fourth installment in The Matrix franchise. The film is co-written and directed by Lana Wachowski, one of the two Wachowskis who directed the previous three films. Keanu Reeves, Carrie-Anne Moss, Jada Pinkett Smith, and Lambert Wilson reprise their roles from previous films in the series. The film will be a joint production by Warner Bros. Pictures and Village Roadshow Pictures and is scheduled to be released on May 21, 2021.