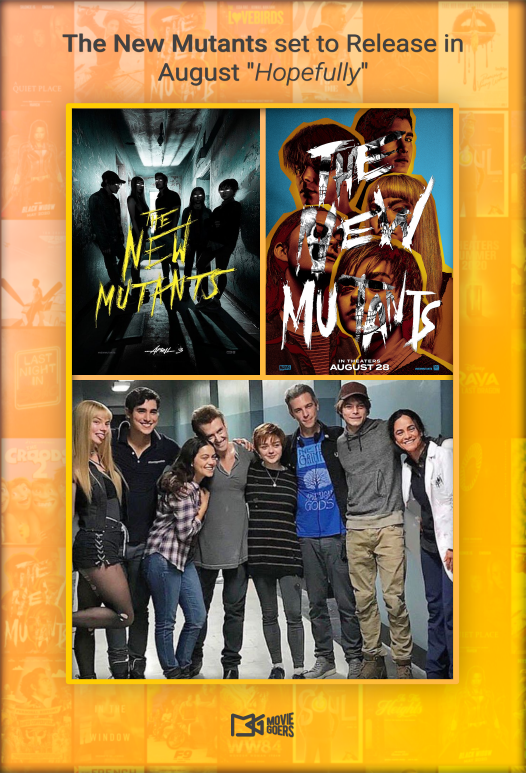 ‘The New Mutants’ Set to Release in August "Hopefully"

The Studio behind "The New Mutants" had a long road revising its release date.

It was originally planned to release during April 2018, but later in January 2018, the film's release date was pushed back to February 22, 2019.
Fox again delayed the film's release in March 2018, moving it away from the new February 2019 release date for Dark Phoenix to August 2, 2019.
Disney confirmed that the film was still planned but indicated that its release date could be adjusted to better fit within Disney's existing schedule so it was pushed to April 3, 2020.
Disney removed The New Mutants from its release schedule, along with several other films, on March 12, 2020, due to the COVID-19 pandemic, and was looking to reschedule the film's release to a later 2020 date.
On May 4, the film was automatically listed for home media pre-order on Amazon based on the film's previous April 2020 release date. Amazon took the listing down hours later after it had been widely reported on. At that time, the film was still expected to receive a theatrical release rather than be released straight-to-streaming as other films had been during the pandemic.

Shortly after, Disney scheduled the film for release on August 28, 2020.