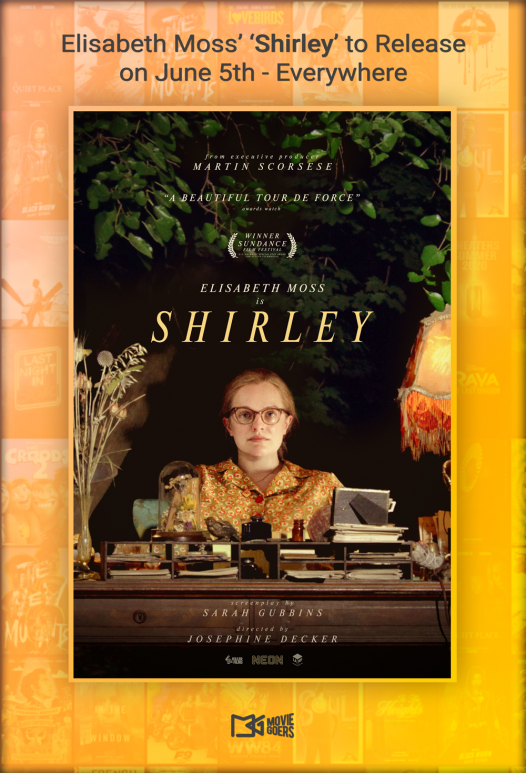 The movie won the Sundance Film Festival Special Jury Prize in Auteur Filmmaking and was directed by Josephine Decker.
NEON is releasing the film everywhere on June 5th.

Shirley is a story about a famous horror writer who finds inspiration for her next book after she and her husband take in a young couple.