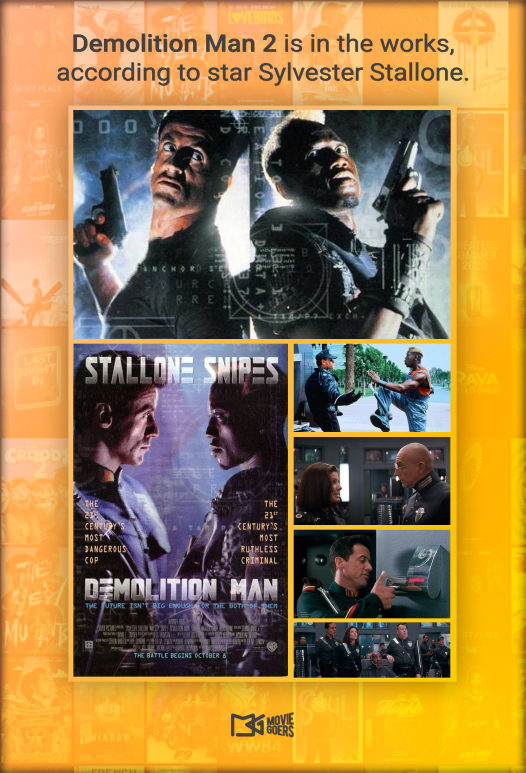 Demolition Man 2 is in the works, according to star Sylvester Stallone.

Sylvester admitted that Demolition Man 2 was already in the works at Warner Bros, when answering fan questions on Instagram.
"I think there is. We're working on it right now with Warner Bros. and it's looking fantastic." Stallone said. "So that should come out, that's going to happen."
No additional information regarding its release date or developement status but Stallone mentioned that things are "Looking Fantastic".
The original sci-fi film Demolition Man hit movie theaters in 1993 and it was about a police officer that is brought out of suspended animation in prison to pursue an old ultra-violent nemesis who is loose in a non-violent future society.