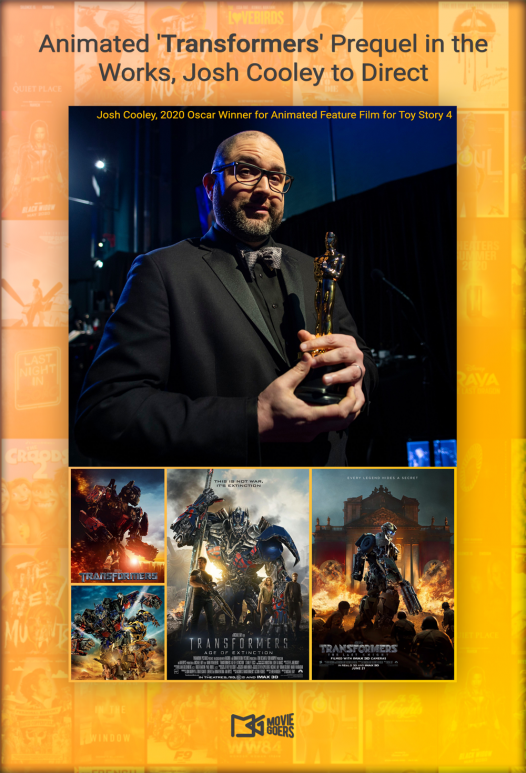 Animated 'Transformers' Prequel in the Works, Josh Cooley to Direct

Josh Cooley, co-writer and director of the Oscar-winning Toy Story 4, has been hired to direct a big-screen animated Transformers feature.
Entertainment One, Hasbro’s entertainment studio, will develop and produce the film along with Paramount Animation.
Andrew Barrer and Gabriel Ferrari, known for Marvel Studios' Ant-Man franchise, are behind the script.
The project is acting as a prequel of sorts to the live-action Transformers movies, and will explore the origin of the heroic Megatron and the seeds of conflict between the harmony-seeking Autobots and domination-loving Decepticons.