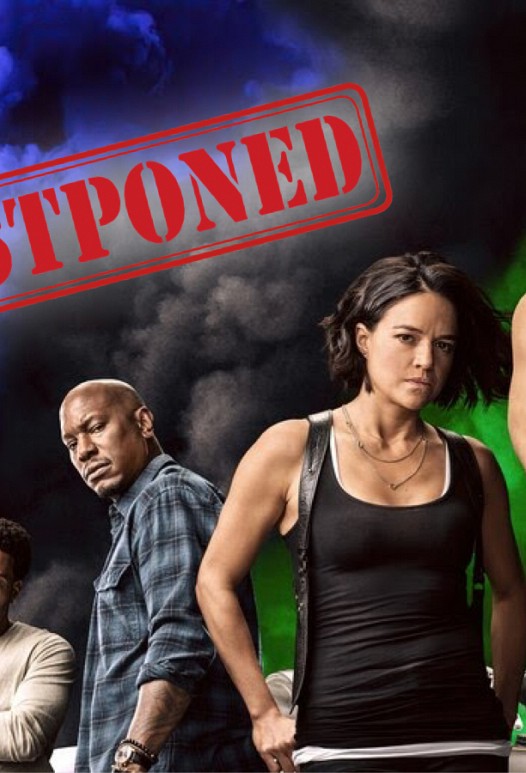 “Fast & Furious 9” Release Pushed Back A Year Due To Coronavirus

The next installment in Universal's Fast & Furious franchise is being pushed back by a year amid the coronavirus pandemic.

"F9" had been set to hit theaters around the globe in May of this year. Now it will be released April 2, 2021 in the U.S., timed to a day-and-date global launch. The film is taking the spot previously reserved for the 10th and final installment in the main Fast & Franchise series.

Vin Diesel made the announcement on social media: “We feel all the love and the anticipation you have for the next chapter in our saga,” he wrote “That’s why it’s especially tough to let you know that we have to move the release date of the film. It’s become clear that it won’t be possible for all of our fans around the world to see the film this May,” he added “While we know there is disappointment in having to wait a little while longer, this move is made with the safety of everyone as our foremost consideration.”

The “Fast & Furious” movies carry budgets of over $200 million and with their fast cars and crazy stunts, are designed to play well with international audiences. Roughly 75% of the gross of the three previous films came from overseas. Universal believed that it could not make a profit with so many theaters closed.

The dramatic move came not long after director John Krasinski and Paramount announced earlier today that they are delaying the release of “A Quiet Place Part II” less than a week before it was to open abroad, and a week out from domestic’s Friday March 20 date (previews would have literally began next Thursday). Last week, MGM's James Bond installment “No Time To Die” became the first Hollywood tentpole to shift gears amid the coronavirus, moving from April to November of this year. A handful of other films have also moved, including “Peter Rabbit 2: The Runaway”, as well as Paramount's “The Lovebirds” and “Blue Story”.