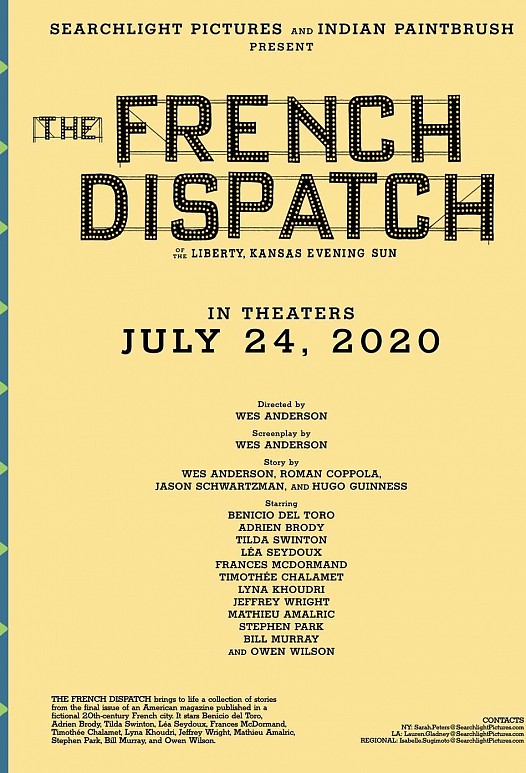 ‘Searchlight Pictures’ has just announced that Wes Anderson’s next star-studded comedic drama “The French Dispatch” will debut in theaters on July 24, 2020.

“The story is not easy to explain,” Anderson said in an interview back in April of last year: “[It’s about an] American journalist based in France [who] creates his magazine. It is more a portrait of this man, of this journalist who fights to write what he wants to write. It’s not a movie about freedom of the press, but when you talk about reporters you also talk about what’s going on in the real world.”

Anderson’s last feature was the stop-motion animated “Isle of Dogs” from 2018. This, however, is his first live-action feature since 2014’s “The Grand Budapest Hotel,” which was nominated for a Best Picture Oscar. “The French Dispatch” will be his 10th feature, and this is his sixth collaboration with 'Indian Paintbrush'.

Anderson, Steven Rales and Jeremy Dawson are serving as producers while 'Searchlight Pixtures' will distribute the film produced and co-financed by 'Indian Paintbrush'.