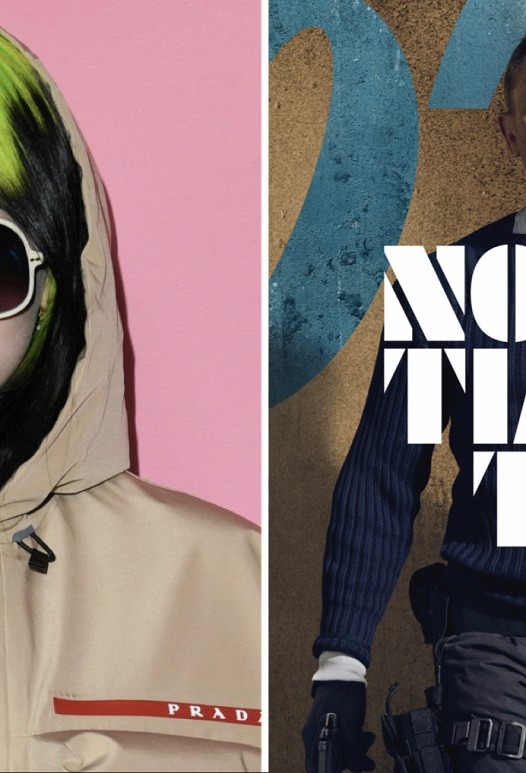 Billie Eilish has been officially unveiled as the musician to perform the theme song for the latest 007 outing, “No Time to Die”, becoming the youngest artist ever to record a Bond theme. The 18-year-old has written the song with her brother and musical collaborator Finneas.

Eilish, who significantly rose to fame last year following her debut studio album, “When We All Fall Asleep, Where Do We Go?”, which topped the Billboard 200, has since earned two American Music Awards, two Guinness World Records and three MTV Video Music Awards. She also landed six Grammy nominations, becoming the youngest artist to be nominated in the four main categories in the same year.

“There are a chosen few who record a Bond theme," said "No Time to Die" director Cary Joji Fukunaga. "I am a huge fan of Billie and Finneas. Their creative integrity and talent are second to none and I cannot wait for audiences to hear what they’ve brought — a fresh new perspective whose vocals will echo for generations to come."

In a statement, Eilish said, “It feels crazy to be a part of this in every way. To be able to score the theme song to a film that is part of such a legendary series is a huge honor. James Bond is the coolest film franchise ever to exist. I’m still in shock”.  Finneas added, “Writing the theme song for a Bond film is something we’ve been dreaming about doing our entire lives. There is no more iconic pairing of music and cinema than the likes of Goldfinger and Live And Let Die. We feel so so lucky to play a small role in such a legendary franchise, long live 007.”

Film producers Michael G. Wilson and Barbara Broccoli said, “We are excited to announce that Billie and Finneas have written an incredibly powerful and moving song for “No Time To Die”, which has been impeccably crafted to work within the emotional story of the film.”

The U.S. singer-songwriter had been widely tipped in recent days after sharing images of Bond girls on her Instagram account. She follows on the heels of Sam Smith, who sang the title track from "Spectre", and Adele, who sang Skyfall from “Skyfall” — and joins an illustrious mix of names that has included the likes of Shirley Bassey, Duran Duran, Gladys Knight, Tina Turner, Carly Simon and Paul McCartney over the Bond franchise's 50-year history.

The fifth and final outing for Daniel Craig as 007, "No Time to Die" — also starring Rami Malek, Lashana Lynch and Ana de Armas alongside the Bond regulars — is due to be released globally April 2 in the U.K., through Universal Pictures International, and in the U.S on April 10, from MGM via its United Artists Releasing banner.