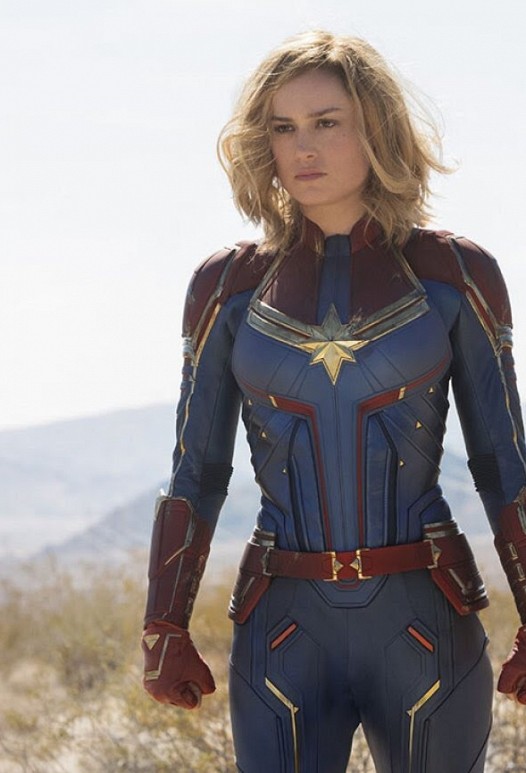 The most powerful superhero in the Marvel Cinematic Universe is officially ramping up for her big-screen encore with Brie Larson returning as the intrepid Carol Danvers, aka Captain Marvel, a former military pilot who taps into cosmic energies that make her a powerhouse champion for Earth when interplanetary dangers threaten the fragile globe. “Captain Marvel” was Marvel’s first female-centric movie and proved to be an overperformer at the box office, generating over $1.13 billion worldwide.

The company has tapped rising scribe Megan McDonnell, a staff writer on the Marvel-based series “WandaVision”, to pen a script for the follow-up to the 2019 pic “Captain Marvel”, and is in final negotiations to seal her deal.

McDonnell is a relatively new writer, with "WandaVision" being her first major credit. The upcoming show is a spinoff that will air on Disney+ and brings back Elizabeth Olsen and Paul Bettany as Avengers heroes Wanda Maximoff, aka Scarlet Witch, and the Vision, respectively. The project, currently in production, also brings back the "Captain Marvel" kid character of Monica Rambeau, now an adult. In comics lore, Rambeau was an iteration of Captain Marvel. McDonnell began the show as a staff writer and then was promoted to story editor.

Sources say that Anna Boden and Ryan Fleck, who co-wrote and directed the original film hit, will not return to helm the sequel but are in talks to remain in the Marvel Universe and direct a possible Disney+ series. Marvel is hoping to find a female filmmaker for "Captain Marvel 2" and is eyeing a potential 2022 release.

Details of any high-flying take were not revealed, but the new story will move the setting from the 1990s of the original movie to the present day.