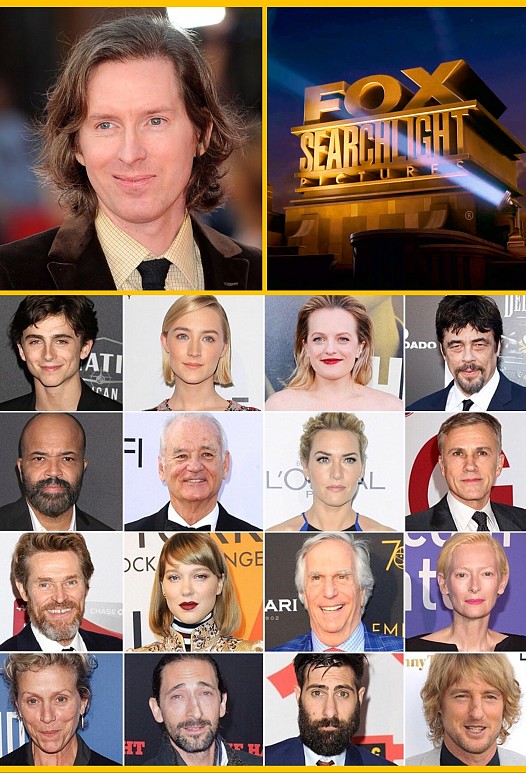 Fox Searchlight Pictures has acquired worldwide rights to Wes Anderson’s ‘The French Dispatch’, extending the indie studio’s long collaboration with the filmmaker. The company has released four of Anderson’s films in the past, including his two most recent pictures, ‘Isle of Dogs’ and ‘The Grand Budapest Hotel’.

‘The French Dispatch’ is described as “a love letter to journalists, set in an outpost of an American newspaper in a fictional 20th-century French city”

“The story is not easy to explain”, Anderson said in an interview back in April, “It’s about an American journalist based in France who creates his magazine. It is more a portrait of this man, of this journalist who fights to write what he wants to write. It’s not a movie about freedom of the press, but when you talk about reporters you also talk about what’s going on in the real world.” The movie will bring to life a collection of stories published in The French Dispatch magazine.

“We are excited to dive back into the unmistakable and entirely original world of Wes Anderson”, said Steve Gilula and Nancy Utley, Chairmen of Fox Searchlight Pictures. “Our collaborations with Wes in the past have been exceptional, and we’re thrilled to be back working with him and the Indian Paintbrush team on The French Dispatch.”

Anderson, Steven Rales and Jeremy Dawson produced the picture. It was co-financed by Indian Paintbrush.