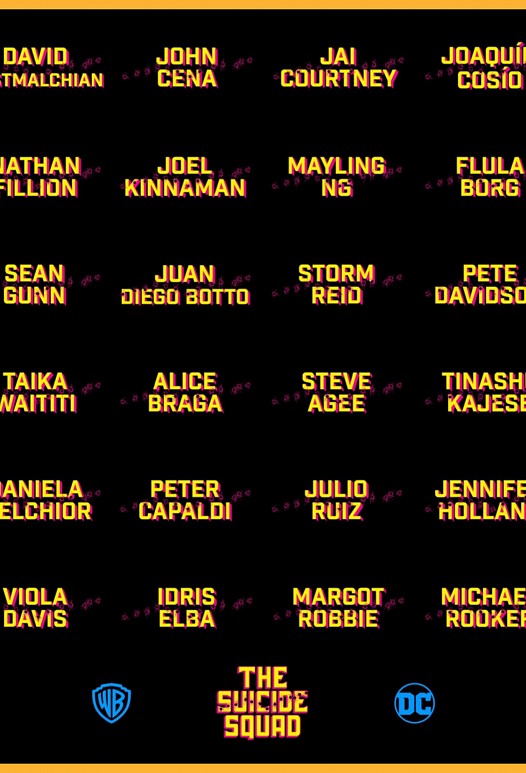 James Gunn Reveals The Full Cast Of ‘The Suicide Squad’

James Gunn, who will write and direct the upcoming DC Extended Universe film, revealed the movie's cast on Twitter and Instagram with a word of warning: "Don't get too attached." Considering Gunn's warning, not all of these characters will last very long. As such, don't be surprised to see some actors make short cameo appearances, as their characters fall victim to the team's titular creed.

The movie will be a quasi-followup to David Ayer's 2016 ‘Suicide Squad’. Though it's not being labeled a straight sequel or reboot, Gunn's film will bring back certain key characters while introducing new villains and anti-heroes to the mix.

Though the image announces the actors attached to the project, it doesn't reveal which character each star will play.

Some of these names are returning actors, including Robbie who will reprise her role as Harley Quinn, Kinnaman as Rick Flagg, Courtney as Captain Boomerang and Davis as Amanda Waller.

As for the others, Elba was originally cast to replace Will Smith as Deadshot, but then filmmakers moved him to a different role in order to keep the door open for Smith to return in the future. Storm Reid will play the daughter of Elba's character.

As for everyone else, there's no word on who they may be playing, so we'll have to wait and see what roles the likes of Taika Waititi, Peter Capaldi and Nathan Fillion take on.

Fans may have to wait for set photos, an official team image or further confirmation from Gunn to learn which DC characters are in ‘The Suicide Squad’. Thankfully with the movie's production starts later this month, reportedly in Atlanta, Georgia, before moving to Panama. It may not be long until we find out which role each cast member is playing in ‘The Suicide Squad’.