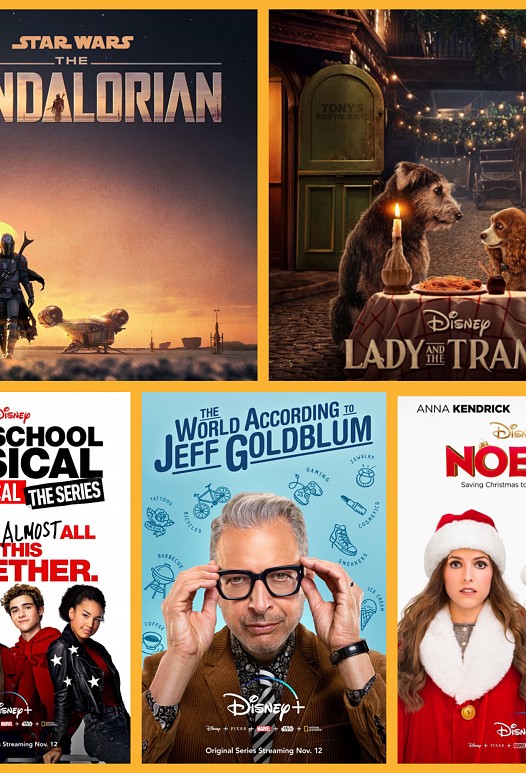 Check Out The New Movies And Series Coming To Disney+

‘The Mandalorian’ (Original Star Wars Series)
After the stories of Jango and Boba Fett, another warrior emerges in the Star Wars universe. The Mandalorian is set after the fall of the Empire and before the emergence of the First Order. We follow the travails of a lone gunfighter in the outer reaches of the galaxy far from the authority of the New Republic. This 10-Episodes series is written and produced by Jon Favreau, directed by Dave Filoni, Deborah Chow, Rick Famuyiwa, Bryce Dallas Howard and Taika Waititi.

‘Lady and the Tramp’ (Live-Action)
A CGI and live-action re-imagining of the 1955 Disney classic movie ‘Lady and the Tramp’. Including a star-studded cast: Tessa Thompson, Justin Theroux, Benedict Wong, Sam Elliot, Janelle Monàe and Ashley Jensen!

‘The World According To Jeff Goldblum’ (Original Documentary Series)
Documentary series in which Goldblum pulls back the curtain on a seemingly familiar object to reveal a world of astonishing connections, fascinating science, and a whole lot of big ideas.

‘Noelle’ (Original Movie)
It’s a fantasy, adventure, Christmas, comedy movie directed and written by Marc Lawrence. The film stars Anna Kendrick as Noelle Claus, the daughter of Santa Claus, in which she finds herself having to take over the family business. It also stars Bill Hader, Billy Eichner, Shirley MacLaine and Julie Hagerty.

You can watch all these movies and series on Disney+ when it launches in Lebanon!