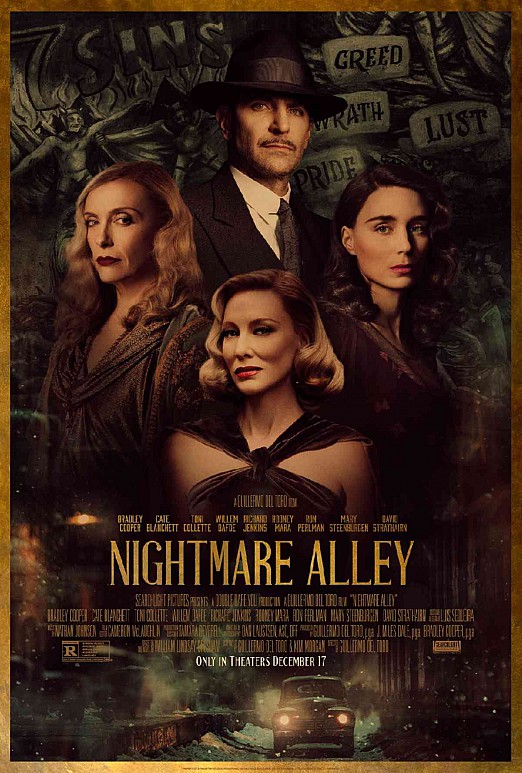 When you see such big and important names in a new Guillermo del Toro film, you will instantly  feel the hype!! Maybe I expected a lot from “Nightmare Alley” but can you blame me? To be fair, the movie wasn’t so bad, it simply missed many opportunities and failed to be amazing. There are SO MANY good elements and they definitely saved it from becoming a complete mess!! First, I have to admit that Del Toro captured the 40s era in the best way possible, everything on screen was aesthetically beautiful and captivating. You can feel that the director was passionate about this specific period and wanted it to look awesome on screen!! The production design, costumes and the musical score were all on point and gave this film an interesting atmosphere. On the other hand, the runtime was way too long, I felt that the first act was prolonged and it took us so long to reach the core of the story. Bradley Cooper was good, I liked his character development but Toni Collette definitely stole the show, she was my favorite character and delivered a strong performance. Unfortunately, I found Cate Blanchette’s character to be so bland although I do believe that the actress tried her best to make it look interesting!! As I previously mentioned, there were always good elements to keep me invested in this film and those are maybe the reasons why I had some mixed feelings when the ending credits started rolling!! “Nightmare Alley” is a good film to watch especially if you’re fond of Del Toro’s unique signature.