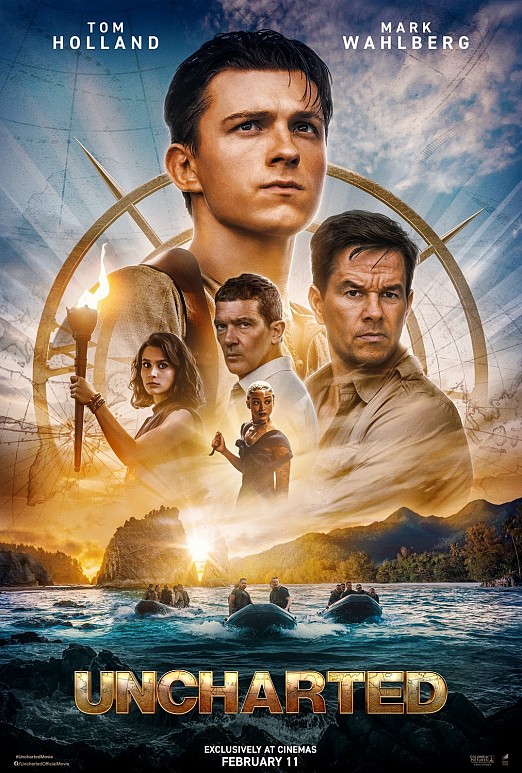 DISCLAIMER: I don’t know anything about the original Video Game and I have never played it!!! “Uncharted” is just another lazy action film with nothing memorable to offer!! While watching it, I realized a very common issue that movies face when are adapted from a Video Game: In order to be “loyal” to the original material, they need to recreate multiple sequences and “checkpoints” even if they don’t make any sense. The plot of the film was so weak, everything happening on screen felt so easy to achieve and the dumb plot connivences took away the sense of excitement in the story. As a result, I didn’t care about the adventure or the characters’ fate. Every single part of it felt like a Deja-vu from similar films and didn’t even try to present anything original or creative. Tom Holland was terribly miscast; he looks way too young for such a role and wasn’t convincing at all!! Mark Wahlberg delivered one of his worst performances ever and the duo’s chemistry on screen wasn’t really effective!! As for the good elements, I can say that the action sequences were good, the final one was really enjoyable and I think that if you’re just looking for a dumb fun action flick you might be entertained. “Uncharted” is one of those forgettable adaptations that will add nothing to the original game or the film industry…. Except for more money!!