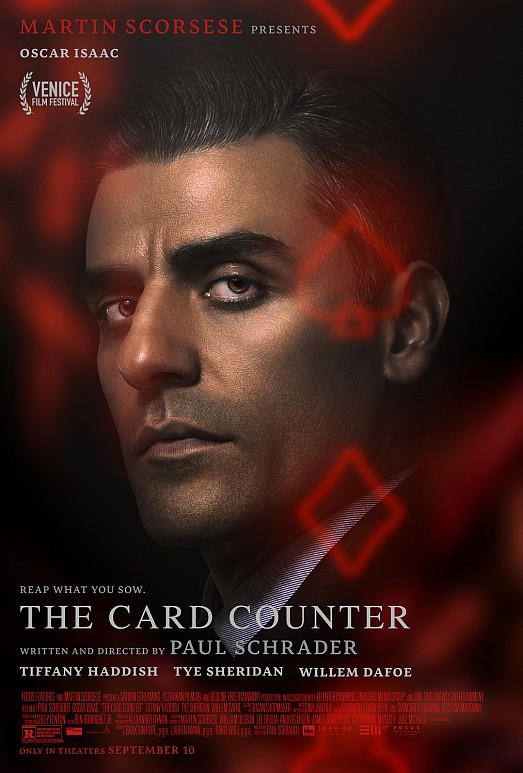 Paul Schrader‘s “The Card Counter” is a slow-paced film. At first I was excited about this film but after watching it, I didn’t find anything special and to be honest, I got a little bored. The story was boring, and the characters were meh. However, Oscar Isaac’s performance was good and there were some tense scenes throughout the film; there wasn’t any major character development and I didn’t feel any connection with the characters. Additionally, the film tackles some interesting themes but overall it was alright so don’t expect anything crazy.