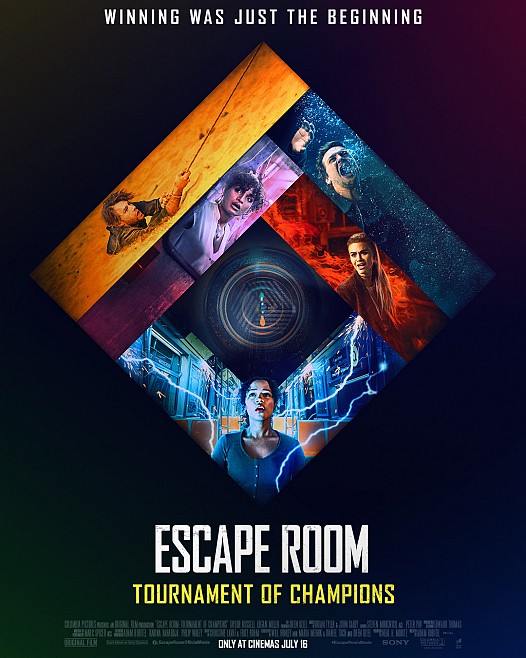 Disclaimer: I remember absolutely nothing from the first film although I gave it a fair rating back then!!! Honestly speaking, this sequel would’ve been better if they just put more effort into some of its elements!!! “Escape Room: Tournament of Champions” had some seriously clever ideas, fun sequences and would’ve perfectly worked as an entertaining film. Unfortunately, the script was way too weak, the dialogues were misplaced full of dull reactions from the characters and spoon-feeding sentences stating the obvious. It was clear that no effort was put into the script and the creators thought that having some “smart” ideas for the games were enough to create tension and keep the audience hooked. The acting was mediocre to terrible, the CGI was acceptable and some character decisions were soo illogical and questionable. Overall, when the ending credits started rolling, I didn’t feel hate towards the sequel but rather a feeling that I just watched a missed opportunity. The movie wasn’t going to be a masterpiece but at least an enjoyable adventure that you will forget in the next couple of weeks. “Escape Room: Tournament of Champions” was a huge MEH but you might enjoy it if you’re into this genre!!!