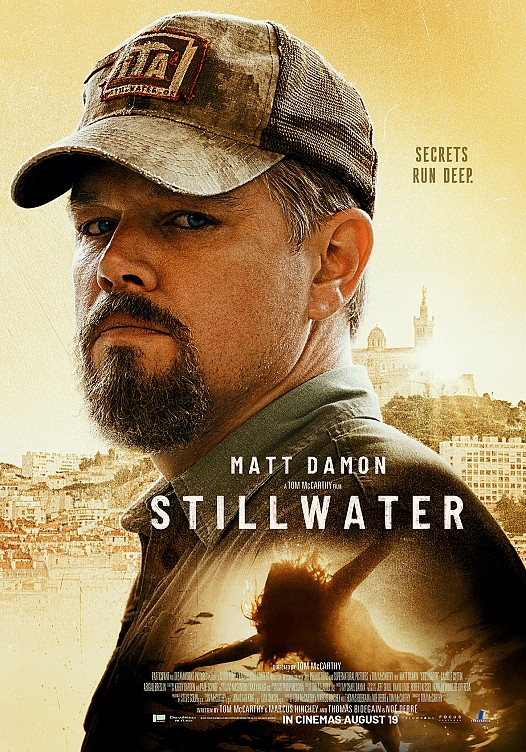 Well I guess I enjoyed this one more (and less) than I expected…. Yeah such a weird feeling!!! “Stillwater” suffered a serious identity crisis!! It felt like 2 separate genres: A Family Drama & a Crime Thriller, both of them constantly stealing the spot during this hectic 2h24min runtime!! During its first act, when The Crime thriller theme was “conquering” the story, the movie felt intriguing and the details were interesting to follow. This great atmosphere didn’t last and I have absolutely no idea why the film stopped everything and started developing a whole new subplot. The second act (where the Family Drama took over) felt way too prolonged, boring and aimless to the point where I forgot the main purpose of the whole movie. I’m aware that this sequence helped to develop the characters and gave them depth, but ignoring the main story really harmed the plot. Matt Damon’s performance was clearly asking for an Oscar nomination but unfortunately, I don’t think he’ll be even shortlisted. I really appreciate his effort to play such a role but I found his character to be robotic especially during the first few scenes. On the other hand, I kind of enjoyed the final act and the ending was surprisingly satisfying. Everything made a bit of sense towards the final few scenes although it could’ve been presented in a WHOLE DIFFERENT way. Overall, I felt that “Stillwater” had a strong core but it took so many unnecessary directions that ruined its story but I can see many people enjoying it so if you’re into this genre then definitely check it out!!!