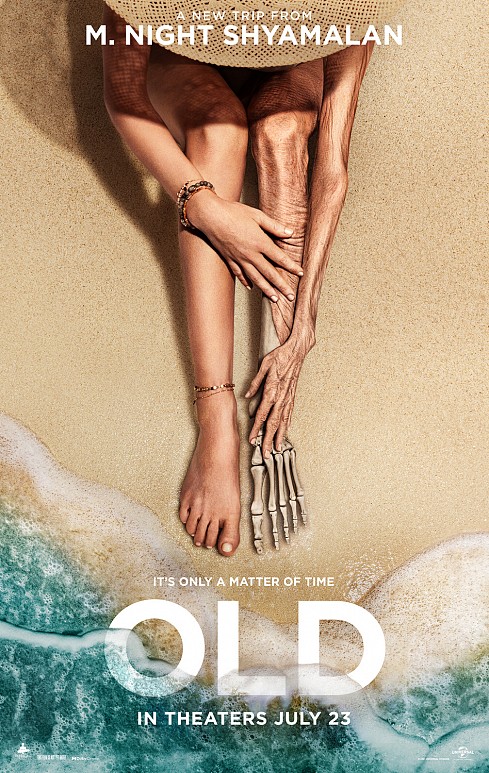 Shyamalan did it again.... another horrible film!!!!! “Old” is supposed to be a Horror/Thriller but failed miserably to achieve its purpose for two main reasons: The first one is the concept itself. On paper, the story might look good, but just like another 2006 film written and directed by Shyamalan (Lady in the Water) this one kept breaking its own rules without explaining anything or even trying to make sense. Even in fiction, you need to have a bit of logic and a lot of consistency for the story to feel real, but when your “world” is so randomly created and developed, the audience will instantly lose interest and won’t even bother to connect with the characters. The second element that turned “Old” into such a terrible thriller is the plot that was too busy exposing new (complicated) info and forgot to add ANYTHING intriguing for the audience to enjoy. There wasn’t any “electrifying moment” in the whole runtime, any scary sequence that made me sit on the edge of my seats as if the movie just wanted to tell this story and show all these actions without making any effort. Of course, the acting was terrible, the script was laughably bad and some shots were so distracting but remember.... it’s a Shyamalan Picture!!! “Old” is lame, boring, and proves again that Directo/Writer/Actor/Producer M. Night Shyamalan needs his secret formula (that made Unbreakable and Split successful) so bad nowadays!!!!