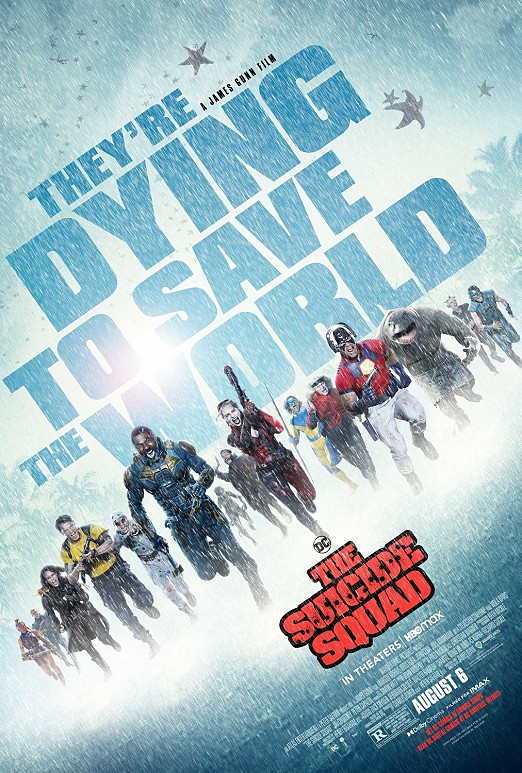 Despite having so many positive and fun aspects, what I REALLY enjoyed while watching “The Suicide Squad” is the fact that it wasn’t taking itself seriously.... At all!!! This one took all the “rules” from previous superhero films and just threw them away and created his own!!! It looks nothing like any other film that share the same genre although you can feel the “Guardians of the Galaxy” vibes and that’s exactly what DC wanted (and needed) when producing the first mess back in 2016. Director/Writer James Gunn knew how to perfectly re-introduce the old and new team in a clever way, gave each one of its members a unique signature and presented a fun and kind-of deep plot that you can interpret in so many different ways. The comedy was REALLY good in this film, most of the jokes were on point and John Cena was definitely the funniest part and proved that he can be really talented if he’s given the right character (although the best character EVER remains King Shark). All the action sequences were beautifully shot, the soundtrack was amazing and overall it was a fun experience where you don’t really feel the runtime. “The Suicide Squad” is definitely one of DC Comics’ best films in the last couple of years. It works perfectly as a standalone entertaining adventure which proves that the secret recipe to make a good DC film is very simple: STOP OBSESSING ABOUT CREATING A UNIVERSE!!!