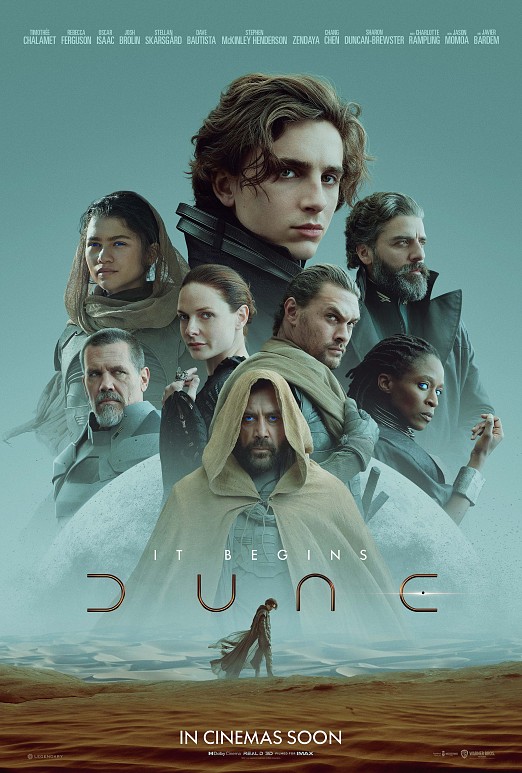 A monumental achievement in filmmaking that will be discussed for years to come - 8.5/10

A few months ago, I took it upon myself to read Frank Herbert’s timeless masterpiece “Dune”. Written in 1965, the novel played a monumental part in redefining the modern science-fiction genre, paving the way for space operas such as Star Wars or Star Trek to reach new heights in the blockbuster business. It’s an important but also impressive piece of media that tells a captivating tale set in a meticulously crafted universe filled with various planets, a rich history, multiple characters, and a technology foreign to us. It benefits from a lore so dense that it was labeled for a while as being unadaptable for the big screen, a theory that was proven in 1984 when a certain David Lynch attempted to make a film out of it to no avail. The director of “Mulholland Drive” has later called the movie his only professional regret, and “Dune” was tossed aside by Hollywood for over 35 years following this colossal failure.
Enter Denis Villeneuve, one of this generation’s most ambitious filmmakers whose work over the past decade kept increasing in scale while maintaining an indie touch to them. He doesn’t make popcorn flicks, but rather aims at satisfying average moviegoers and cinephiles alike with his remarkable artistic vision and flair for the grandiose. His films contain a certain complexity that the majority of people can get on board with, a complexity rooted in heavy themes as seen in “Blade Runner 2049” or “Arrival”. In other words, he may be the only person in the world to have the proper skills to adapt “Dune” and make a profitable franchise out of it.
The novel is a beast unlike anything he ever confronted, and you can tell that turning it into a motion picture was no easy feat for him. Faced with the gargantuan task of introducing audiences to the world of Arrakis and the characters that inhabit it, he had to make the tough decision of sacrificing subtlety to deliver some needed exposition. But as usual, he came out of this battle victorious because, despite these small irregularities and a couple of creative changes to the original material that didn't sit well with me, he crafted a small miracle that will be talked about for generations to come. Beyond the fantastic acting, mesmerizing effects, ginormous scale, hypnotic score, or absorbing visuals, Villeneuve’s most incredible achievement was his ability to balance all these elements and turn them into a cohesive narrative that remained true to the novel’s essence.
One important thing to remember when going to watch what I suspect will be an awards frontrunner is that Villeneuve made the wise decision to split the book into two parts. And while he doesn’t waste a single second of this two-and-a-half-hour-long movie, don’t expect to leave the theater (yes, theater! On the biggest screen you can find!) with answers to every question you have.
So get hyped everyone, because “Dune” is the cinematic sensation of the year by a clear mile! It’s everything I wished for and more, and I’m already eager to revisit it as soon as I can with the hopes that a second part gets greenlit rapidly.