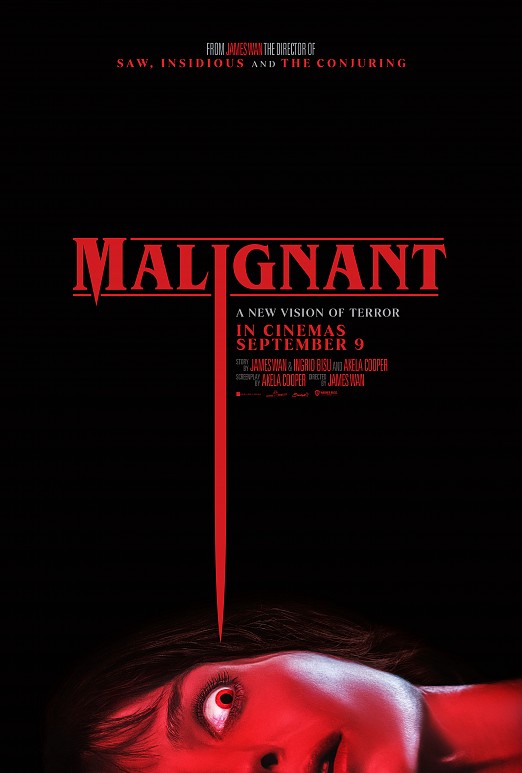 Back in 2004, a young filmmaker with a funky hairdo was given a budget of a little over one million dollars to make his feature-length debut. With that money, James Wan not only turned a profit of 100 times that amount but also changed the face of horror by directing the first chapter in one of the most iconic franchises of all time, “Saw”. He went on to become one of Hollywood’s hottest filmmakers and one I deeply admire due to the dedication and passion he pours into every one of his projects, no matter the genre in which they fall under.
This is still very much the case with “Malignant”, the first original horror film he directs since 2013’s “The Conjuring”. Starring Annabelle Wallis as a domestic abuse victim who becomes the subject of odd visions, the movie serves as a thrillingly fresh ride that gets more exciting by the minute, culminating in an insane ending filled with gory deaths and unexpected twists that uncover the main themes of the plot. It’s Wan like I’ve never seen him before, paying homage to the Giallo slashers of the 1980s while maintaining his signature style to make the tone his own. The only main drawback I could point out was that despite its unique concept and fresh mood, it very much still felt like a studio film with a 40-million-dollar budget. Some of the effects, mainly the ones achieved digitally, didn’t mix well with the film’s campy nature, and I can’t help but feel that a smaller budget would’ve benefited the end result quite significantly, even if it would’ve made the shoot a trickier one.
Overall, I was more than pleasantly surprised with what “Malignant” had to offer. It won’t go down as a horror masterpiece but it damn well succeeds at providing the audience with an entertaining experience. One of those movies I wish I had a VHS copy of.