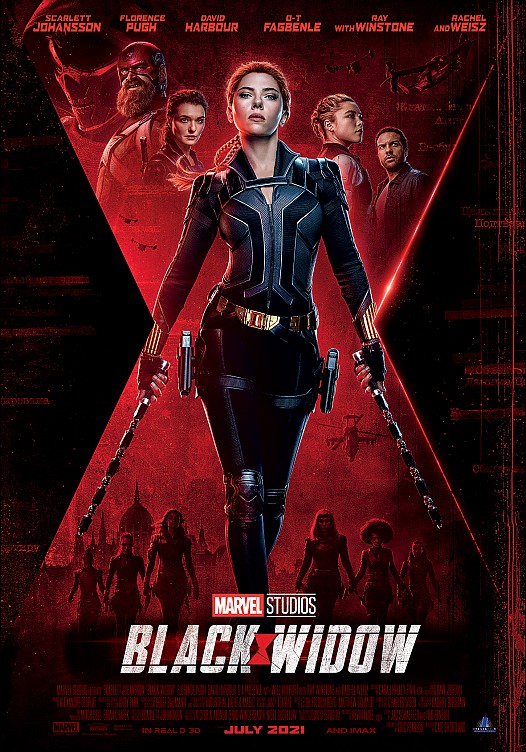 Set directly after Captain America: Civil War and almost concurrently with SpiderMan: Homecoming, “Black Widow” serves up another savory helping of the blockbuster Marvel formula, with a fun family dynamic adding extra character development in the midst of all the action. This film is a nonstop rollercoaster ride of action, thrills and a surprising amount of funny dialogue and characters you quickly grow an affinity for. While it does sit fairly comfortably within the Marvel Cinematic Universe, you can be just a casual fan and enjoy this film as a stand-alone feature.

I was surprised that there wasn't more about her childhood/training, but that didn't ruin anything for me. Scarlett Johansson and Florence Pugh were a phenomenal duo. Task Master was good but we’re meant to have an emotional tie to this character, without knowing anything about them other than the bare minimum. This movie came out too late, it would've had a greater emotional impact if it was released directly after Civil War. But what really matters is the post-credit scene since it’s going to affect the current phase of the MCU, the rest of the film just gives background and depth to a character that we should’ve got three years ago. Nonetheless, “Black Widow” is a solidly entertaining standalone adventure and a MCU film.