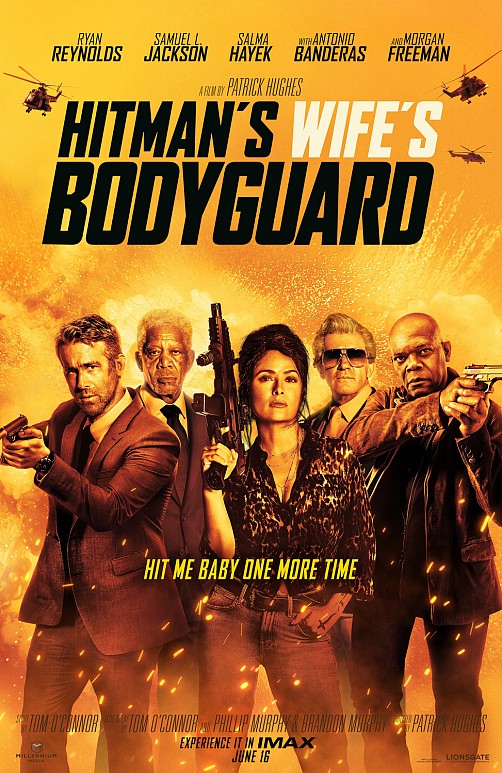 I can’t remember much from the first one, but it was better. This sequel wasn’t that bad but it had many issues, but at the same time, I can say that I enjoyed the film. Overall, from the story to the script, it was okay. The jokes were good in some places and they were repetitive and sexual in others. The issues: Salma Hayek was so F*CKING loud throughout the whole film, and yes this film has so many F-bombs. The chemistry between Ryan Reynolds and Samuel L. Jackson wasn’t as good as the first film. The villain (Antonio Banderas) wasn’t intimidating at all.

Despite the flaws, this film was enjoyable and filled with action. It’s always fun watching Ryan Reynolds and Samuel L. Jackson in these kinds of movies. Hitman's Wife’s Bodyguard is only a movie for pure entertainment, so don’t expect a masterpiece!