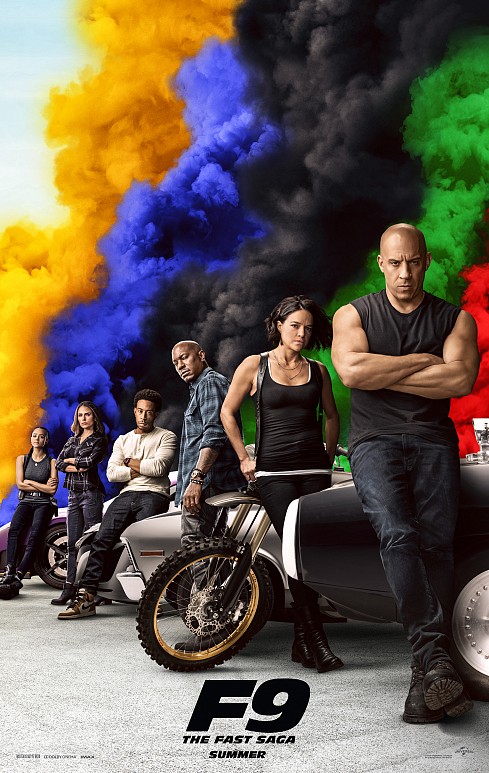 Before you ask, of course I didn’t expect an oscar-worthy script, groundbreaking performances or a visually stunning Cinematography, all I wanted was a fun self-aware adventure with some over-the-top action sequences.... too much to ask?? I have to admit, I used to enjoy some of the ideas that were presented in the past “Fast & Furious” films but this ninth instalment went way too far with the craziness to the point where it felt like a weak fan-serving chaos. The plot was just another deja-vu story with new (and old) characters constantly popping here and there without any clear purpose or contribution. The dialogues were either heavy misplaced life lessons or cringy jokes that we’ve heard multiple times before. None of the cast members delivered a decent performance, they were all overacting and I have absolutely no idea why such great stars accept these roles (or perhaps I do.... $). I found nothing interesting in the film except maybe the action sequences because they were hilariously bad, I swear I was laughing so hard because I couldn’t believe my eyes. Movies like “Mission: Impossible” often present fictional situations that don’t necessarily make sense, but there is a fine line between fiction and craziness. In this film, they went with any atrocious idea they could think of that might seem “cool” on screen and make the fans cheer for it even if it was confusing and irrelevant. I believe that even diehard fans of this franchise will feel slightly disappointed but they can still enjoy it. “Fast & Furious 9” was laughably bad so if you’re into some weird popcorn action flick.... then this one’s definitely for you!!!