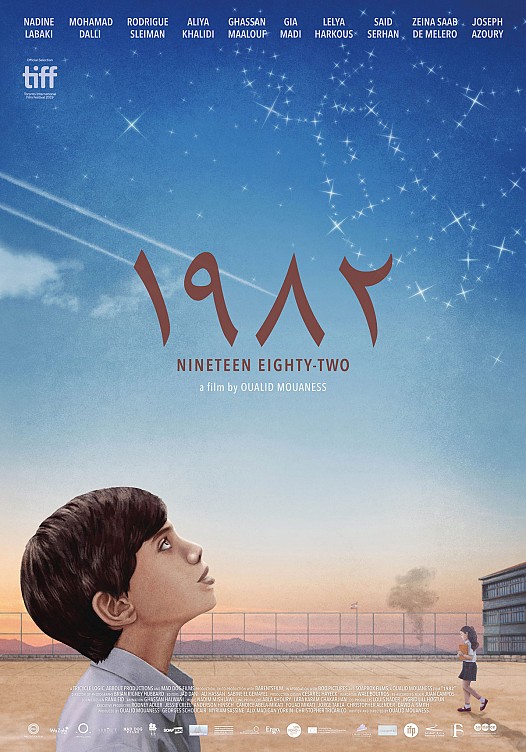 A captivating trip down memory lane - 6/10

Being born in the mid-1990s, I wasn't alive during the Lebanese Civil War that started in 1975 and ended in 1990. Its ghost is still haunting us to this day, maybe now more than ever, but I can't even begin to imagine what life was like during these dark days. And since there are no official records to brief my generation about what happened then (the result of the country being governed today by the same warlords who led militias into battles against one another), all we can rely on are the memories of our parents, close ones, and other victims of the conflict.
"1982" serves as what I believe to be first-time director Oualid Mouaness' recollection of the day that saw the Israeli and Syrian sides bring the battle closer to his grounds. The entire movie takes place on the same day, while he (or the character supposed to represent a younger version of him) was at school, worrying about his crush while sketching drawings of his favorite anime. The occasional fighter jet sounds didn't bother him as he grew accustomed to them over the years. He knew that the battlefield was pretty far, and therefore had no reason to panic. But a warhead dropped not too far from his elementary school completely turned the narrative upside down as students and teachers alike began to acknowledge the imminent danger that was closing in on them.
The biggest strength of the movie is by far the atmosphere of dread it slowly builds. It's not a flashy as one would expect from a typical war film, but feels deeply personal and intimate, especially during the scenes featuring adult actors who also had to live through very similar days a few decades ago. The realism of the setting was broken on a couple of occasions by a bold stylistic choice that took me by surprise at first and that I feel many people won't get behind, but as I thought about the context of the story, it grew on me, and I ultimately found the touch to be charming and inventive despite its shy injection.
While the film was for the most part a very pleasant surprise, the lack of experience of Mouaness in both the directing and writing fields was apparent at times, making some scenes less impactful than intended. I wish the direction and dialogue written for the younger actors were more polished because I had a difficult time buying their awkward encounters. The gap between teachers and students was notable especially when Nadine Labaki was on screen, unfortunately making one aspect of the experience more intriguing than the other.
But overall, "1982" was a solid directorial debut and a captivating trip down the memory lane of my elders. Its budgetary restrictions and occasional unconvincing dialogue did admittedly tarnish the emotional weight of the narrative, but it was nonetheless successful in what it was attempting to achieve. It's fully deserving of being the official Lebanese submission to last year's Oscars, and I certainly recommend checking it out if you get a chance to do so.
FINAL GRADE: 6/10