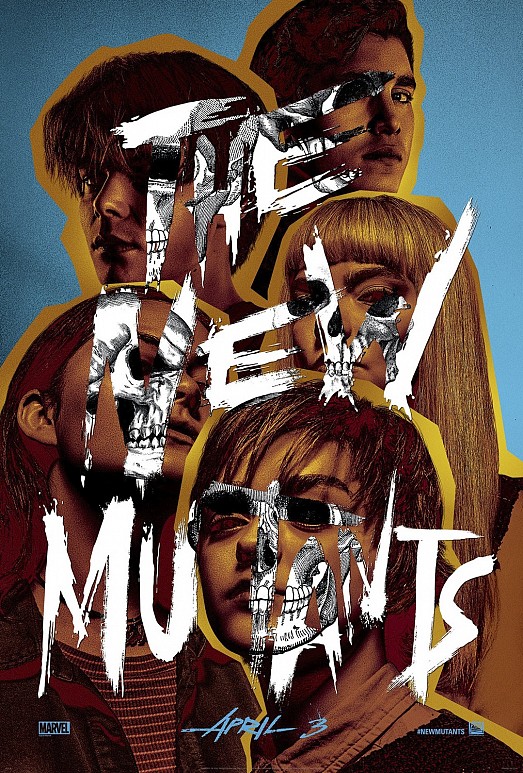 Three full years separate us from the exciting first look we got of “The New Mutants” and its release. Three full years of anticipation, behind the scenes problems, reshoots, and postponements gave the final entry in Fox’s X-Men universe (or Ex-Men) a cursed reputation. Now acquired by Disney, you can’t help but feel that it was dumped in theatres to close the chapter of an experiment that many were on board with. “The New Mutants” wasn’t only going to put an end to a universe beloved by many, but also stand on its own two feet by being the very first film in the saga with horror elements.
But it was neither a satisfying conclusion nor a revolutionary movie that we got. If anything, it serves as the final nail of the coffin that is now the X-Men franchise, even though it’s barely connected to it. Story-wise, it takes the “Glass” approach, meaning that it entirely takes place in a big facility run by a single person whose task is to take care of a bunch of people who have superpowers. Superpowers materialized by some of the worst CGI I’ve ever seen, given to individuals who were barely fed any directions. Every actor or actress is defined solely by a distractingly weird accent. The movie doesn’t give you a reason to care for their characters or even sympathize with their situations. It just keeps bombarding you with the most cliché lines you can think of and… nothing else.
Because let's face it, we all knew that the movie was going to be a technical mess. But I was still hoping that it would be at the very least fun to sit through, even if it was going to be in "so bad it's good" way. However, if I had to describe it in a word, then "boring" would be the most fitting one to use. I specifically remember checking my watch out of boredom and realizing, to my surprise, that only 20 minutes were left in a film in which absolutely nothing of worth had happened yet. The movie literally skips the entire second act, jumping from dull exposition and character introduction to an anti-climactic and disappointing resolution. I barely recall anything from the film, and that's because barely anything happens in it.
There's not much else to say about what is certainly one of this year's weakest releases. It's a forgettable mess that doesn't work as either a horror flick or an X-Men entry. I do hope that its failure doesn't kill the concept of mixing the superhero genre with horror, because I do believe that with the right team behind it it could result in something interesting, but "The New Mutants" definitely does not defend that hypothesis.
FINAL GRADE: 2/10