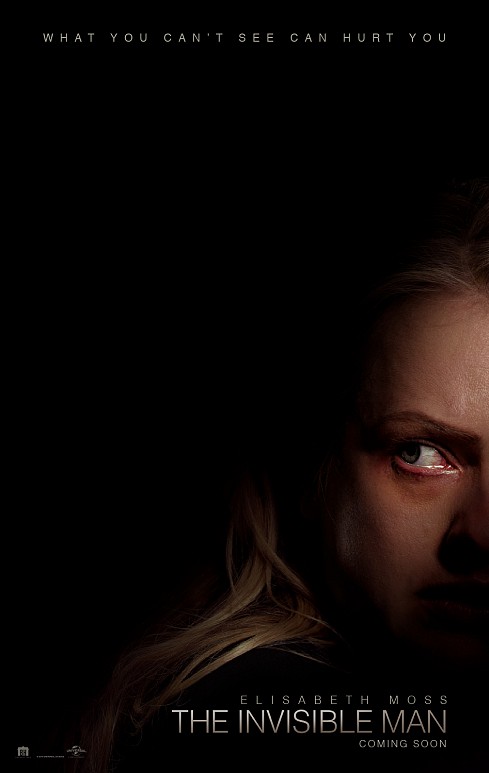 If there were one plainly put incentive that encouraged us to remain heedful for Universal's brand-new horror picture, it would be non other than the laudable Leigh Whannell!

Taking into account the studio's affiliation with the genre lately, which is appraised to be a horrendous one by countless moviegoers, it'll only be negligent if a cinephile didn't feel a bit startled heading in, but delightedly "The Invisible Man" steered in an electrifying cruise, and we couldn't help but feel cherished by its treatment. Now before we get straight into it, we would like to rave over Whannell's "Upgrade", our fondness of this Sci-Fi/action flick straightly hails out of his scrupulous doctoring of the action encompassed in it, with a mere budget of 5 million he was able to outstrip most of Hollywood's immensely budgeted action, the credit largely goes to his employment of brilliant camera work, a good script, and an unrelenting pace that never hampers you with an unwanted snail-like narrative. These assets that basically outline the director's relied on methodology can only exhume adoration and respect for his efforts, which is why we're undoubtedly remaining on the lookout for any future project of his.

After having a crack at it last night, we can unquestionably pinpoint that "The Invisible Man'' cropped up as a highly engaging retelling of the classic novella, the horror/Sci-Fi flick bears you with a sense of restlessness, primarily due to the swift moving pace hauled straight out of Whannell's previous experience, this fleet-footed assembly of events drowns you with infuriating suspense and unforeseen twists to the very last second, and that is strictly paralleled with the mental climate enclosing the main character during the course of the film.

Likewise, the brilliant camera work adopted in "Upgrade" was reassigned here too, nearing the 3rd act of the movie, some exquisite splicing of action and horror sequences were enhanced with techniques formerly used, the eye-catching gore is still largely present, intense camera movement that steadily tags along the motion, and some quite creative cuts on action, all these attributes are key factors that shape Whannell’s execution of action.
In addition, Whannell's utilization of creeping camera pans that reveal interiors of halls and entries, along with some decent CGI, and clamorous sound effects, all engulf you with sneaking suspicions and indications hinting at where the monster might be cloaked in the empty spaces of the frame, and that honestly only helps boost the hair-raising endeavor with an intensity way more superior to dull jump scares we customarily witness in recent horror, ones that obviously feel aimless and ineffective.

And yes the film does retain some illogical cavities and plot holes, that for others might be gazed at with a ridiculing outlook and we completely affirm the fact that this buggy notion could've snapped some viewers out of the experience, but for us the point at issue passed quite peacefully, there's just plenty to relish.

Elizabeth Moss’ performance was a widely demanding task, yet she was able to do so much with her mere eyes, and facial expressions, the role required a wide range of emotions. She was fantastic and pretty much the facade that sells Whannell’s monster tale.

The themes of the film came off as heavily engaging too, the writing promoted queries of imperative importance, like “What’s the destiny of a one-sided impulsive and ego driven relationship?”, “How tedious and mentally noxious the fight for control actually is?”, “What's morally at stake if one wants to resist?” , Whannell's investment in probing these thematic matters through propulsive narration and fierce characterization, results in a gripping success and a decent addition to his filmography. If you can overlook some movie logic and minor plot irregularities, than you’re highly going to have a good time with “The Invisible Man”!
⚖️ Final Rating: 8/10