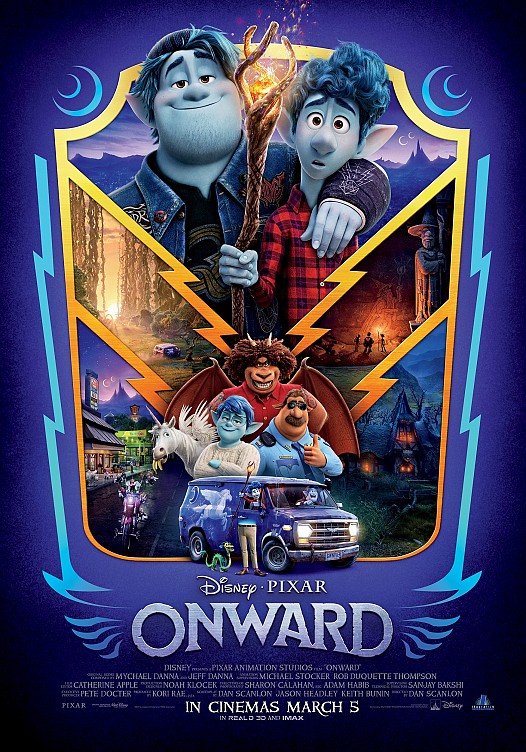 I watched onward with my younger brother and it brought me to tears after a lot of futile attempts to stay strong. This movie was magical in every sense of the word, subtlety showing magical creatures regaining their magic as the movie proceeds both Tom Holland and Chris Pratt were amazing and both of their characters Ian and Barley Lightfoot respectively have exponential character development arcs increasing their depth and creating a straight path to the viewers hearts.This movie was weirdly diverse, both in ethnicities and sexual orientation having all sorts of magical creatures that vary from cute elves to biker pixies.The animated feature presents itself as a father son movie but in fact it's about sibling love and being grateful for what you have and to not dwell too much on the lost. The setting is magically modern and lovely with a soft soundtrack that matches the light pace of the movie.This movie had some laughs and a lot of tears and earns its place as the next installment in the Pixar franchise but it still hasent surpassed the other movies making them all stuck on the same level by using the same pixar formula but still bumps Pixar forward by being diverse.