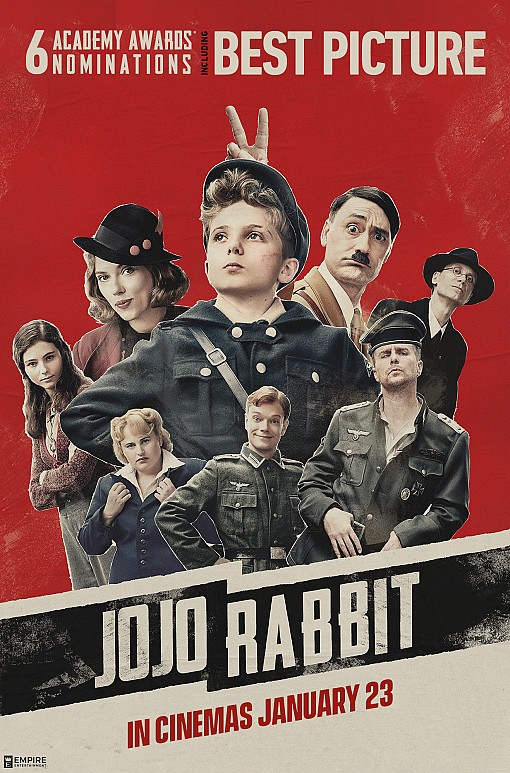 Jojo is a lonely German boy who discovers that his single mother is hiding a Jewish girl in their attic. Aided only by his imaginary friend -- Adolf Hitler -- Jojo must confront his blind nationalism as World War II continues to rage on.

The story, after taking away its comedic facade, is eventually about learning what's right from wrong, and choosing to do the right despite being brainwashed to do the exact opposite! Its about learning that people are different and that's not a bad thing. That not everyone who disagrees with our way of life is being controlled by the devil. It's about finding love amongst chaos and bomb attacks. It's about overcoming loss and hoping of a brighter future.

Director Waititi delved into a world of loneliness and oppression and created an emotional motion picture that speaks to the soul and the heart!

Each character played a major role in the storytelling process. Nevertheless each character was written with extreme delicacy and depth! Elsa, Jojo, Hitler, Rosie, even little Yorki were in a way representations of something much bigger than themselves! Yes the story was revolving around these characters and more but in reality, these characters were nothing more than mere projections of an entire population and regime! The depth they each held was uncanny!

Jojo Rabbit combined a decent list of skillful performers whom didn't hold back at all!

Taika Waititi as Hitler was superb!! Some of his onscreen appearances (even though they were limited) were so intense and powerful despite the comedic vibe he had it going on. Roman Griffin Davis and Thomasin McKenzie's performances were simply real and emotional! But Scarlet Johanson's top-notch and perfect performance was absolutely mind blowing!!! Literally Flawless!!!

Moreover, the cinematography, camera work, color pallette, costumes and set altogether with the script and the performances created an intense atmosphere that was truly Hypnotic!!!

You see, with Jojo what you see is not what you get. You need to read between the lines, analyze the scenes and decode the metaphors!! But trust me, once you truly understand it, you wont be able to forget it! Totally recommend it!