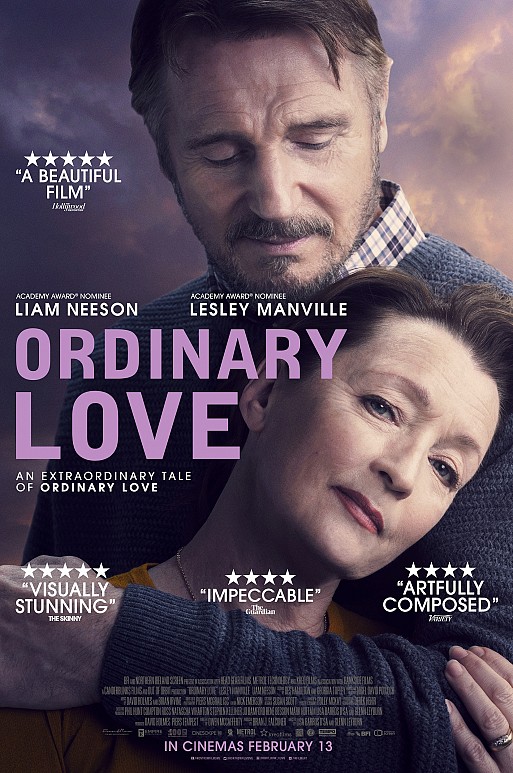 Not so extraordinary after all - 5/10

Performances: 7/10
Screenplay: 5/10
Editing: 5/10
Cinematography: 6/10
Score/Soundtrack: 4/10
Verdict: The January-February annual Liam Neeson release is finally upon us, and contrary to previous years in which he offered us cheesy action flicks such as "Non-Stop" or "The Commuter", he changed things up a bit and this time delivered a romantic drama revolving around cancer.
Now the film, in which Lesley Manville costars as his wife, isn't really about the disease itself but rather the way both of them dealt with such a big and destructive obstacle on their way. And while I can't really say that any element of it was bad, I was underwhelmed by how safe and unspecial both the narrative and technical elements were. In the first 5 minutes of the movie, I had already figured out most of what the movie was going to offer in the next 90 minutes, and then started to proceed checking things off that list. The movie felt like a cheesy teen drama but aimed at an older demographic, and as a result I wasn't as emotionally invested in it as much as I was probably hoping to be.
Once again, I can't call "Ordinary Love" a bad film, but it's certainly yet another February Neeson release that I won't be remembering in a few days' time. Aside from the intense performances in some of the scenes, none of its elements stood out nearly enough to give the movie a unique feel that separates from other similarly themed films.
FINAL GRADE: 5/10
ORIGINAL SOURCE