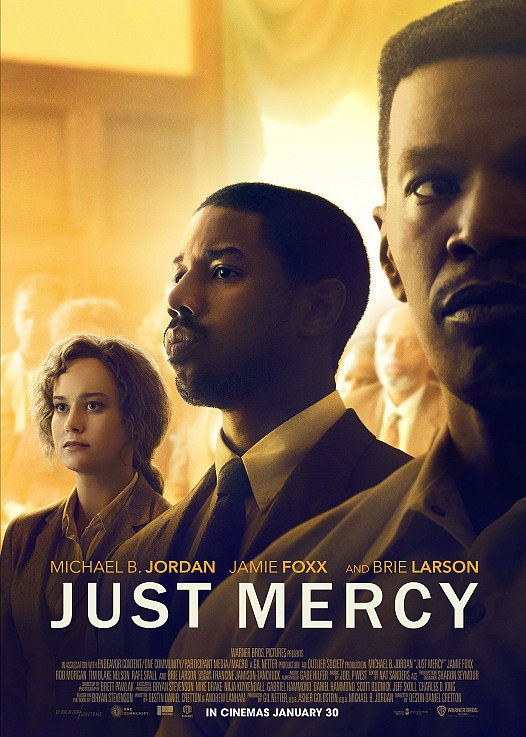 Performances: 8/10
Screenplay: 4/10
Costumes/Makeup: 6/10
Editing: 4/10
Cinematography: 5/10
Score/Soundtrack: 4/10
Verdict: Back in 2013, Destin Daniel Cretton gifted us with a wonderful surprise by the name of "Short Term 12". Since then, the Hawaiian director, aside from a timid outing a couple of years ago that saw him reunited with Brie Larson in "The Glass Castle", sort of disappeared from the Hollywood scene and it wasn't until a few months ago, while I was randomly checking if he was up to anything new, that I discovered that he was adapting the true story of Johnnie D., a wrongfully convicted man sentenced to d*ath in Alabama. And while the story itself is one that has a lot to say about social injustices and the d*ath penalty, I can't really say that I was as wowed by the film's execution as I was expecting to be.
Despite picking up in the last hour or so, the film's main problem was its script that was a little difficult to take seriously despite the heavy weight of the story told. It was riddled with cheesy dialogue and a crying lack of subtlety when it attempted to tackle the themes mentioned earlier, and that took me out of the narrative on more than one occasion. These moments of dullness were also the result of pacing issues, mostly in its first half, and I felt like the film could've easily been 15 to 20 minutes shorter. The movie unfortunately didn't even offer anything worth noting from a stylistic and visual point of view to make up for it. It looked very bland and safely shot, which as a result made it feel lacking in terms of personality. The score also never really elevated the more emotional scenes, and there was quite a few, but they were thankfully salvaged by brilliant acting from the entire cast, and most notably Jamie Foxx and Brie Larson, who in my opinion gave the most interesting performances in the movie.
"Just Mercy"'s biggest sin was that it never really found its voice, and ended up being the shadow of what it could've been. I couldn't help but wish that someone like Steve McQueen adapted the story instead, which is really a shame because Cretton's talent is undeniable as proven in his earlier work.
FINAL GRADE: 5/10
ORIGINAL SOURCE