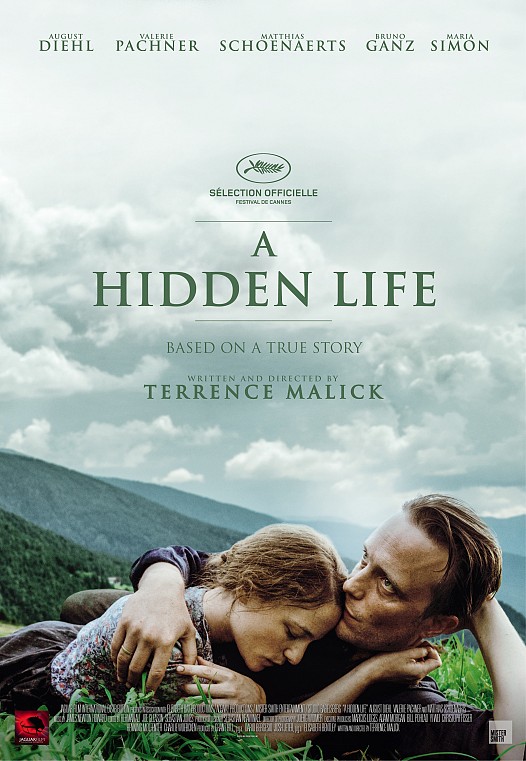 Performances: 6/10
Screenplay: 3/10
Costumes/Makeup: 6/10
Editing: 3/10
Cinematography: 6/10
Score/Soundtrack: 7/10
Verdict: Terrence Malick is a polarizing director to say the least. I for one have seen all of the movies he released in the past decade and while I absolutely adored "The Tree of Life", I also couldn't stand "Knight of Cups" and "Song to Song". The premise of his newest film sounds promising. It's the true story of an Austrian man's struggle to fight for a cause he doesn't believe in during World World 2. That cause being of course the Nazi regime.
And while the premise was indeed promising, watching it felt like some sort of punishment I wouldn't wish on my worse enemy. Obnoxious is not a word I like using when describing films, but I cannot think of a better adjective to describe the way Malick approached the story of Franz Jägerstätter. And when I say obnoxious, I really do mean obnoxious. From the editing, to the cinematography, to the dialogue, to the themes, and even to the runtime, everything was incredibly exaggerated without really serving any purpose. I asked myself "Why?" on multiple occasions and never really got a clear answer as to Malick's decisions other than "Because why not?". The emphasis on delivering something of his design unfortunately led to the film being completely and utterly emotionless, which is a problem when telling such a humane tale that lasts 3 hours.
I'm not exaggerating when I say that "A Hidden Life" was one of the most disappointing theater experiences I've had in a while. Aside from the gorgeous Austrian scenery and an underutilized score that still brought some kind of depth to the narrative, I never in the slightest felt connected to anything or anyone. Hell, I never even felt anything altogether apart from maybe boredom, if that counts as a feeling. I'd honestly rather stare at a blank wall for three hours than sitting through this movie again.
FINAL GRADE: 3/10
ORIGINAL SOURCE