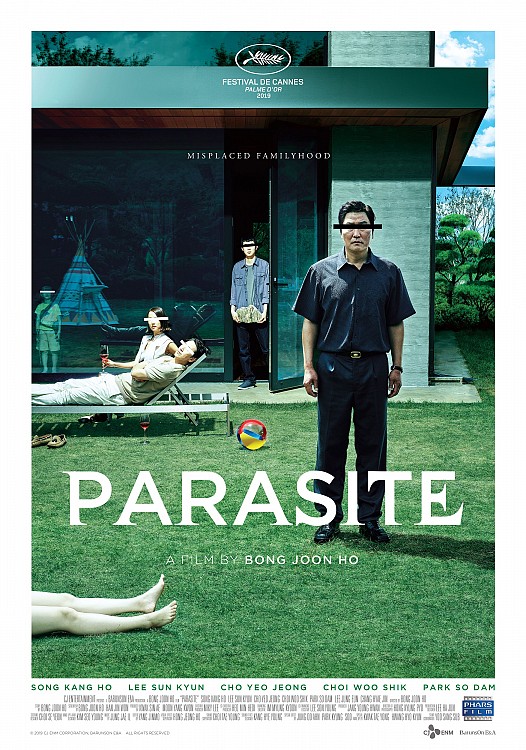 Performances: 5/5
Screenplay: 4/5
Costumes/Makeup: 5/5
Editing: 4/5
Cinematography: 5/5
Score/Soundtrack: 5/5
Verdict: Saying that "Parasite" is one of this year's most critically acclaimed films would be an understatement. The Palme d'Or winner, as I'm writing this, holds a 99% approval rate on Rotten Tomatoes, a 93% audience score on the same website, and an astonishing Metascore grade of 95. And given Joon-ho Bong's filmography, it shouldn't really come as a surprise.
And a surprise it was not. Because "Parasite" is indeed one of the best films I have seen this year. About a family living in poverty who manage to con their way into a wealthier household, the film is not only incredibly entertaining to watch, but also offers commentary on social classes. The performances were all phenomenal, with So-dam Park stealing the show as Kim Ki-jung, the daughter of a struggling couple living in dreadful conditions. The cinematography, score, and production design each felt like characters of their own as they add so much life to the brilliantly written narrative. Well, brilliant for the most part. Because as much as I adored the first half of what will definitely claim many Oscar nominations, I can't say that its second half grabbed me as much. That is not to say that it was bad or anything even close to that, but it did contain a few plot conveniences and character decisions that were a little hard to buy, as well as a narrative that slightly deviated from the movie's original purpose and tone, making it moderately less interesting.
Despite these small issues, I absolutely loved "Parasite" and will most definitely be watching it a second time. It's smart, it's beautiful, it's entertaining and it has something to say. All the elements of what I consider to be a great film.
FINAL GRADE: 9/10
ORIGINAL SOURCE