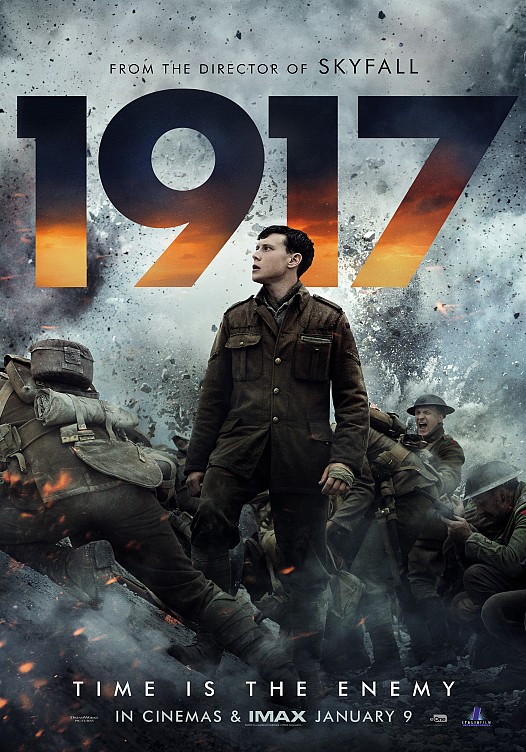 "Two young soldiers on a life-threatening mission in which they defy all odds to get to the other side".

Allow me to stress on the fact that this film is in no way near commercial! So don't expect a cheesy action-packed and missile-infused battlefield. This mesmerizing piece of work will drag you through a vividly arousing journey that will not only strike the basic senses of sight and hearing but also those linked to smell, touch and taste!

For God's sake it won "Best Director" for a reason! When dissecting a certain movie I make sure to tackle every single element that makes a damn good one and the negatives almost always affect my rating but the case was different here. Even though I had an issue with the story itself in which I found it weaker than the filming but the direction was so overwhelming that I just ignored the story and gave in to that paralyzing execution.

Camerawork including frames.. angles.. focus.. zoom-ins.. fade-outs..blurs.. long shots and transitions looked seamlessly breathtaking! Not to mention, those sick soundtracks which aided in intensifying the build-up of the storyline. It was just too good to be true!

Acting was so well-grounded that it will put you in the soldiers' shoes from the very first couple of seconds all the way till the end; with shortness of breath to painful looks and furious actions.

I literally saw "Perfume", my favorite movie, in 1917 because of that beautiful direction.

So if you are the kind of viewer that appreciates the aspects of filmmaking then what the hell are you waiting for? Grab those tickets ASAP!