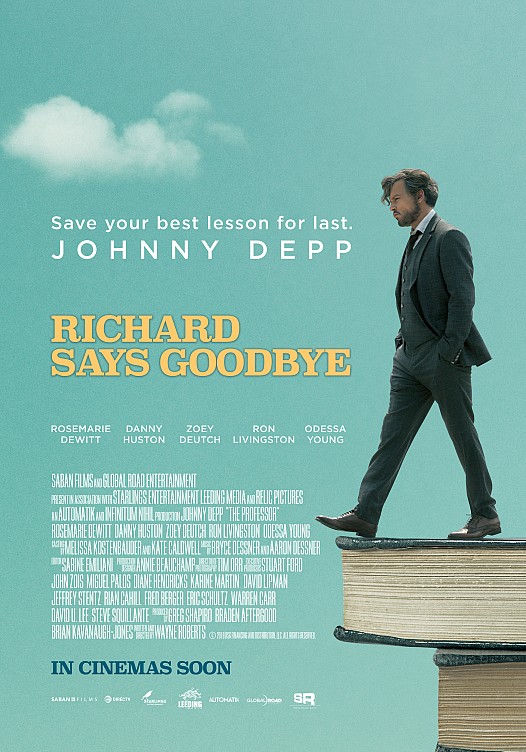 Performances: 3/5
Screenplay: 1/5
Editing: 2/5
Cinematography: 3/5
Score/Soundtrack: 3/5
Verdict: I don't even know what I was expecting from Wayne Roberts' "The Professor".

Centered around a college academic's last days of his life after being diagnosed with a terminal illness, the movie stars Johnny Depp in the lead as Richard, as well as names such as Danny Huston, Zoey Deutch, and Ron Livingston among others.
Despite being only 90 minutes long, the film felt like a 3-hour slow ride that led to nowhere. Everything in it, from the acting to the cinematography, felt incredibly unspecial and emotionless, a feeling that instantly ruins a movie whose protagonist is a dying man trying to enjoy life before his inevitable passing. However, it's the film's script, written by Roberts himself, that truly made the experience such a frustrating one. The diagnosis delivered in the very first scene feels like a lazy excuse to justify the main character's actions throughout the film. Actions that never once made me sympathize with him, but instead made me gradually dislike him as the movie was unfolding. The comedy was thrown in awkwardly at some very questionable places, and not one of the supporting characters add any sort of dimension to Richard's situation. The movie also weirdly attempts at times to be this philosophical journey à la "Dead Poets Society", but fails miserably at that as well.
"The Professor" is such a weak, forgettable film that never knows what it wants to be, ending up failing at achieving everything it tries to deliver. The characters are unlikable, the emotions are nonexistent, the comedy is dull and uncomfortable, and the tone is all over the place. Definitely not a movie I'll be remembering in a day or two.
FINAL GRADE: 3/10
ORIGINAL SOURCE