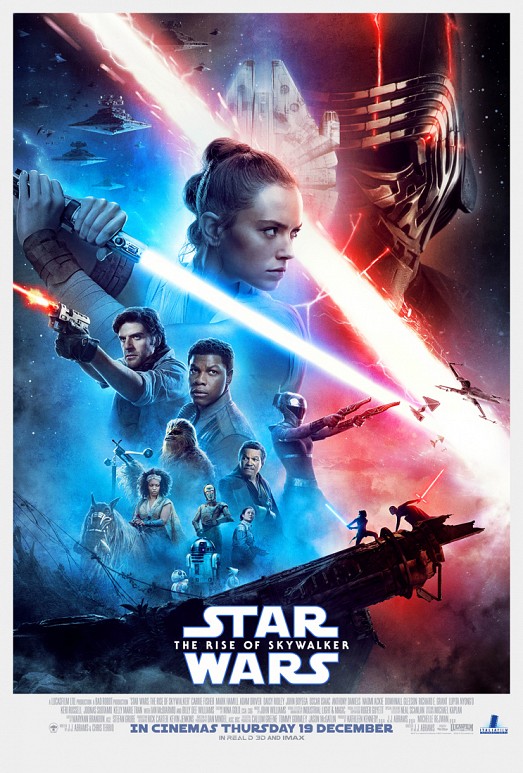 A fitting conclusion to the Star Wars saga - 7/10

It’s the epic conclusion we’ve all been waiting for. The “Star Wars” saga comes full circle in “The Rise of Skywalker”, a film many deemed “impossible” to make, following its controversial predecessor. Having enjoyed the new trilogy so far (yes, including “The Last Jedi”, and if this makes me part of a minority, then so be it), I approached the final installment with the same level of excitement I usually have for these movies. And I wasn’t disappointed: this eagerly-awaited finale offers constant surprises at every turn. It shouldn’t be a secret that Emperor Palpatine (the truly amazing Ian McDiarmid) is back and Rey and the rest of the Resistance will have to deal with the First Order once and for all. It’s the journey, as well as the destination that matter here, and every character gets to take a final bow. J.J Abrams took over the franchise once again after Rian Johnson, and every action scene is vividly staged, with pulse-pounding sequences that still command our attention, even after 9 movies full of exciting moments (11 movies if you count “Rogue One” and “Solo”). This is not to say that the movie is perfect. Even at 155 minutes, it can still feel a bit rushed and unfocused at times. Does it answer all the questions from “The Last Jedi”? I would say almost. There’s a lot to process here, and not everything makes total sense. Still, “The Rise of Skywalker” works best when it matters the most. And what matters most is following Rey and Kylo Ren to the end of their journey. When George Lucas made the first Star Wars trilogy, his aim was to entertain audiences and to give them something worth remembering, even years later. Whatever one’s complaints (and the saga has suffered a lot of ups and downs over the years), these stories have maintained their ability to dazzle me from start to finish. It’s an epic achievement that will stand the test of time.