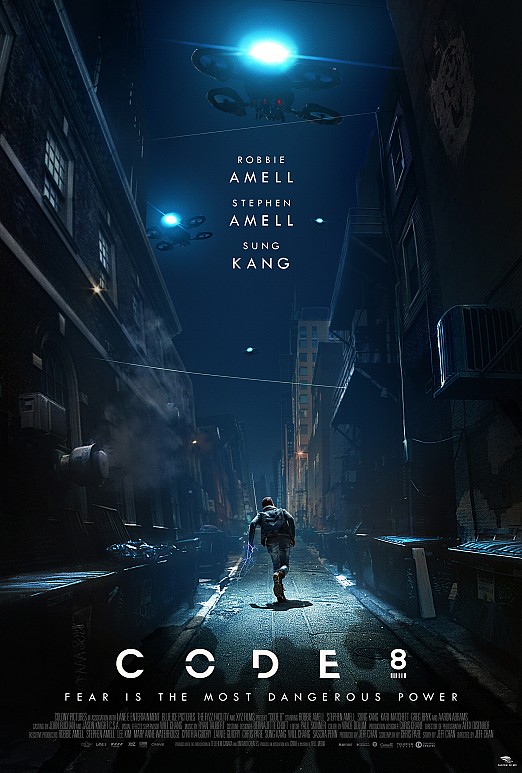 Surprisingly good but we've seen better, yet it was impressive at points albeit it doesn't reach its full potential - 6.75/10

First off, I was surprised by Code 8. Being a film coming from a non-A-list studio i thought it would be bad. However, I fell in love with the world-building and some characters. The screenplay was quite nice and original. It focuses on the protagonist Connor who has understandable motives and a proper drive. His character has some development; we can relate to him and his story is emotional and involving. The other characters just get none and there is a side story which was pointless. The film maintains a steady pace without rushing anything. Most performances were good however some were flimsy. The score was weak. Many intense scenes were fun to watch and thrilling. On the other hand, the film doesn't escape from Clichés (training montages & other sequences for similar genres). The exposition wasn't sufficient to involve us in the story but throughout the film it gets better and we understand the world. Unfortunately, the film doesn't reach its maximum potential which could've been amazing. The film is not the best of the year, yet it holds some mystery in it to keep you hooked and a protagonist with a nice story and some really impressive visual effects and cinematography.