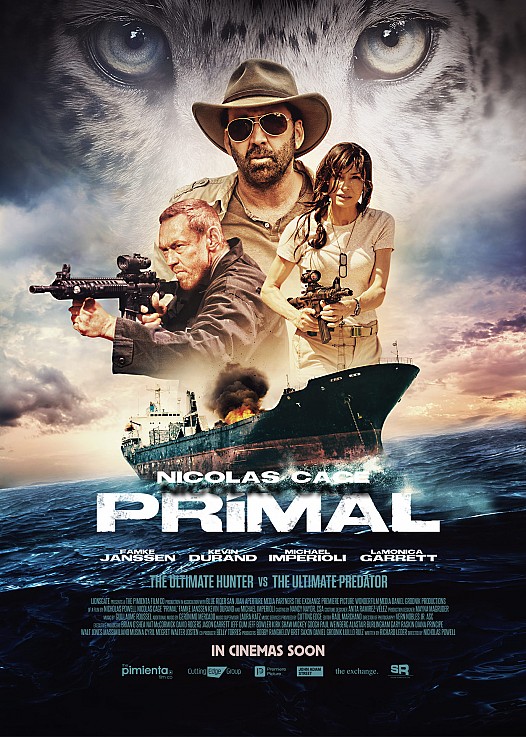 It is safe to say that this is just another passable Nicolas Cage movie that suffers an identity crisis in its first 50 to 1 hour mark, is it a thriller or an action? The first and second acts are merely suspenseful but meatless chase scenes, it does get better in the last 30 to 40 minutes in which we finally see Nic in actual active scenes and we get some adequate armory and hand-to-hand combat fights. I hated the coloring of this picture that goes for kind of a greenish and desaturated approach where most of the time the casts' faces have almost the same color as the background, making the scenes look cheap. The story reflects some parallelisim between humans and animals but could have been written in a smarter and better way and not necessarily grounding it all in one location, a cargo boat. The animals are badly CGI-ed especially the white jaguar and i find it silly and misleading the way the movie is marketed by a poster of Nic in an animal-hunting attire in the middle of the jungle where it actually turns out that the majority of the film takes place on a boat. While watching you will surely get the sense you have seen it all before and it is kind of predictable but still okay to watch.