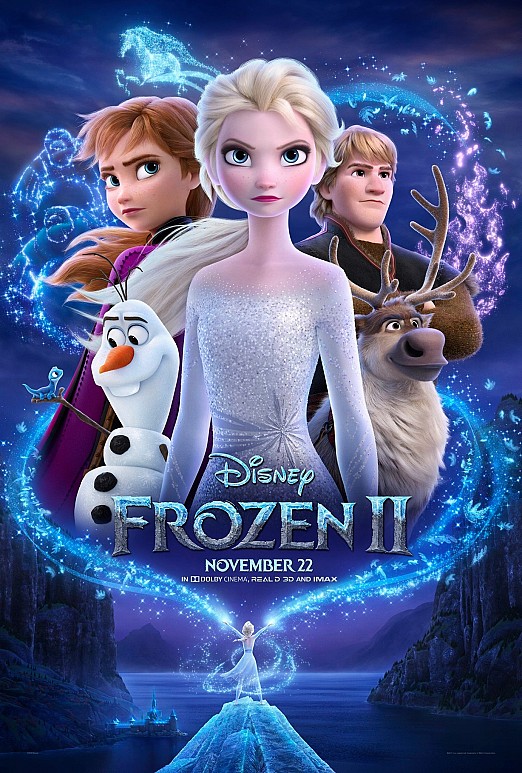 The sequel to the 2013 Disney worldwide crowd-puller finally arrives after 6 years... Yes it’s true they’ve been holding their horses for that much time and we’ve been super psyched to behold the characters’ upturn since then. To begin with, the released teasers of “Frozen II” detectably implied that the 2019 sequel will be leaning into some sort of modification, especially since we sensed a heavier keynote in the trailers. The film does set its sights on a form of change in subject. With the first one definitely coming off as more quirky and peculiar in its own way, Frozen II pretty much made a firm statement that the themes and plot will steer into a little more mature territory. And with the film taking a dramatic upswing, the fields were easily stretched out for a major upgrade in effects and music material. Throughout the film, we found ourselves considerably delighted by the photo-realistic visuals and the well written upbeat musical melodies! As for the narrative, the story didn’t really stand out in comparison to the original, we weren’t huge fans of the whole enchanted forest storyline that merely served as a double downed origin telltale, driving the film’s storyline away from the classic Disney protagonist-antagonist story type. Which is ironic given the fact that the film is all about change in its theme, but when embracing it in the script, it went completely off the rails! In addition, with Kirstoff continuesly trying to propose to Anna the whole movie, we get a lot of the boring cliche break halts, that in our opinion did stall the movie’s natural flow and managed to betray Kristoff’s whole plotline throughout the film. The catchy soundtrack, top notch animation, and the heartfelt Elsa-Anna sister bond serve as the film’s saving act. Not to forget, Olaf’s comedic persona that continues to deport itself as one of the primary comical elements in the franchise. Overall, “Frozen II” might not compete with the original in terms of story, but it still comes off as an entertaining Disney flick, worth checking out with family and friends and a good addition to the franchise!
⚖️ Final Rating: 7/10