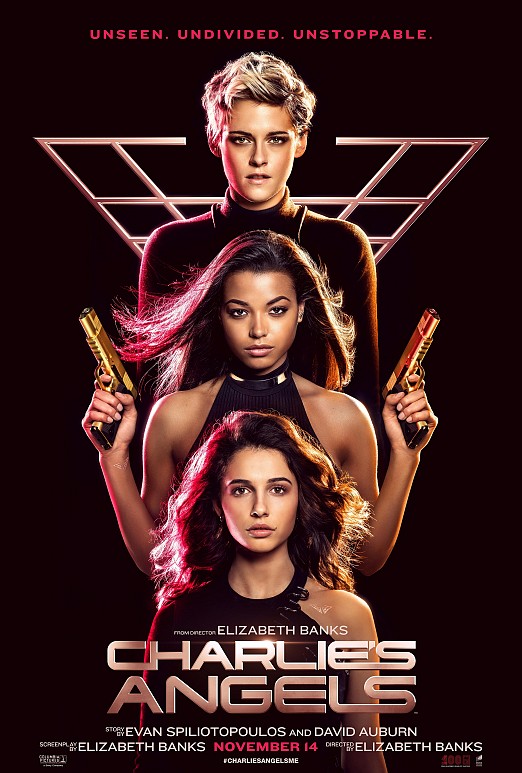 Director Elizabeth Banks takes the helm as the next generation of fearless Charlie's Angels take flight. In Banks' bold vision, Kristen Stewart, Naomi Scott, and Ella Balinska are working for the mysterious Charles Townsend, whose security and investigative agency has expanded internationally. With the world's smartest, bravest, and most highly trained women all over the globe, there are now teams of Angels guided by multiple Bosleys taking on the toughest jobs everywhere.

An action flick with strong female leads and a kick-ass adventure, where do I sign up?? I've been waiting for Charlie's Angels reboot literally since the last film was released in cinemas (many years ago). I've always been attracted to such films!!!

And luckily for me, this reboot did not disappoint me!!! (well, not exactly). For starters, I have to admit, the story needed more work. It felt weak, inconsistent and somehow unimpressive!!!! But on the bright side, it contained tons of inspiring messages about feminism, girl power, teamwork, sisterhood....

To continue, some scenes were totally unnecessary and were only added to increase runtime!! And it shows!!!! But man, those action sequences ??? They Were absolutely adrenaline inducing!!! Loved them!

The acting was by far the best thing, Elizabeth Banks and Naomi Scott were both absolutely amazing. But the true star was definitely Kristen Stewart whom managed to dominate the screen with her electrifying charisma and stunning acting skills!!!!

Honestly, if you want to have a good time, i recommend you to watch Charlie's Angels but take into consideration that this movie doesn't take itself seriously (most of the time) and so you shouldn't either!!!