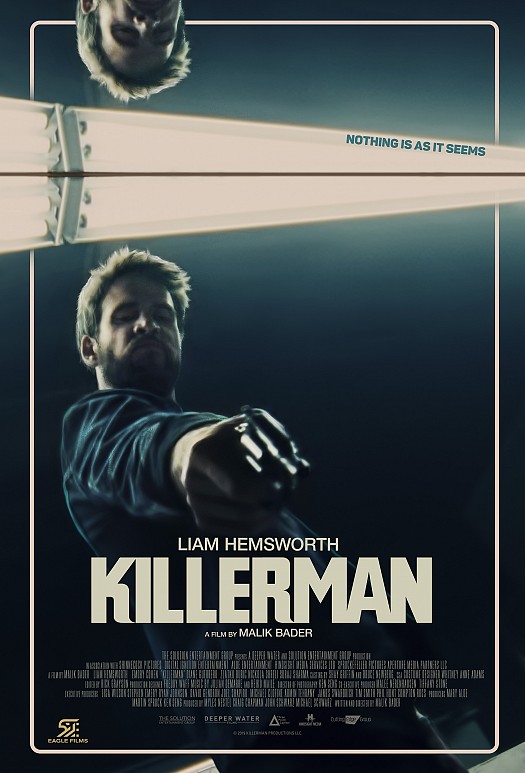 A terrible crime thriller, Killerman is a complete snooze-fest that is utterly dull, predictable and monotonous in every way possible. It also fails at developing a proper structureor meaningful story, that it ends up with a totally uninspired narrative.

Honestly speaking, it’s almost as if the people behind this film were trying so hard to provide viewers with a boring and predictable story. That near two hour runtime felt endless and consisted of some torturous genre cliches and utterly terrible lines of dialogue. There’s almost nothing interesting about this movie as it has nothing to offer both stylistically or narratively. ‘Killerman’ follows a money launderer who loses his memory and finds himself in possession of stolen drugs and money, with some dirty cops on his back.

Now, a series of dull frames don’t tell any story but rather make clear that this movie had a very poor production. There’s close to zero character depth and development. I couldn’t care less about everything happening on screen, and after about 10 minutes from the beginning I just stopped asking how, who, why and what, because clearly the movie didn’t wish to expand on anything. It instead gives you a godawful predictable story and some completely unlikable characters. All you get know is that the protagonist has amnesia and that’s about it.

The performances were quite terrible and the crime boss and dirty cops were so stereotyped that it was hard to take them seriously. I mean I couldn’t even laugh at how bad they were, at least that would’ve made the movie slightly bearable. There’s also a bunch of disposable characters that are practically set decorations (smart move there Malik Bader). Also, can you really expect much from a jeweler named Moe Diamond? The cliches this movie builds on are countless and the supposed “plot twist” couldn’t have been more predictable. Spare yourself the pain of watching this but if you do decide to give it a go, imagine it were a comedy and you might get a few laughs out of it.