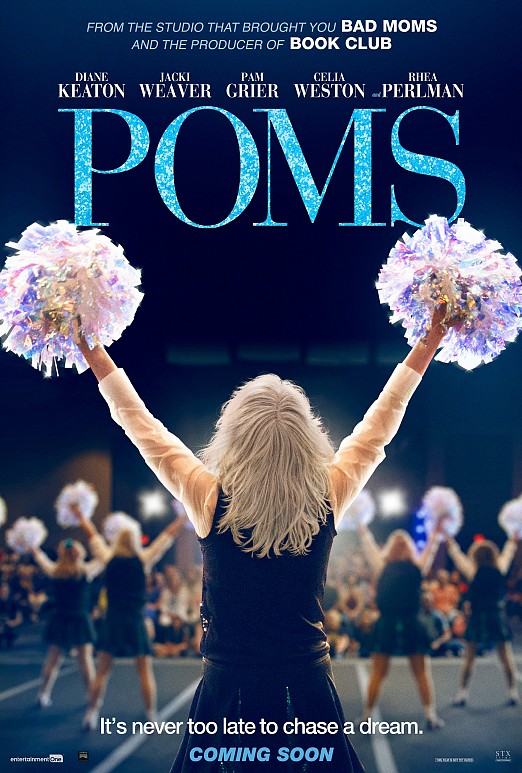 Martha is an introverted woman who moves to a retirement community that has shuffleboard, golf, bowling and other activities. Hoping to be left alone, she meets Sheryl, a fun-loving neighbor who insists that they become best pals. After coming out of her shell, Martha and her new friend decide to form a cheerleading squad with their fellow residents. As the two women hold auditions, they soon learn that it's never too late to follow your dreams, even when the odds are stacked against you.

Generally speaking, If you wish to see a genuinely lighthearted and a soulful film and enjoy yourself in the process, I highly recommend Poms!!

Despite having some few tricks that needed a bit of fixing here and there (the story that was barely holding on and lacks all sorts of character development...), this film manages to send some heartwarming messages about sisterhood, fun, amusement and life in general...

The lead actresses were simply legendary. Diane Keaton, Pam Grier and Celia Weston, all delivered stunning performances and managed to set a cool and laid-back atmosphere throughout the entire runtime!!!

Poms is definitely not a blockbuster but at least it is an interesting and funny film to watch with friends or alone!!!